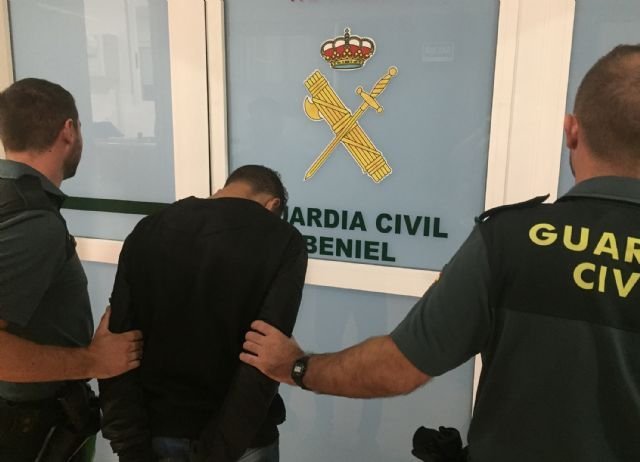 It was located and stopped a few hours after the event

The Civil Guard of the Region of Murcia has developed an investigation aimed at locating and arresting the perpetrator of a crime of sexual abuse reported by a young woman, minor, which occurred in the course of the foam festival of the municipality of Beniel, which has resulted in the arrest of a young man as alleged perpetrator of sexual abuse.

The arrested has been remanded in custody.

The investigation began last Friday, day 17, when the Civil Guard was alerted of a supposed case of sexual abuse happened in the place where the celebration of the foam was celebrated, in the municipality of Beniel.

The victim, a minor, accompanied by her parents complained to the Benemérita that she had been approached by a young man who, without her consent, touched her intimate areas while she struggled until she could leave the place and communicate the event to other neighbors. they found.

Thanks to the citizen collaboration, the Civil Guard obtained the physical description of the individual that allowed its location a few hours after the event.

The suspect – male, aged 18, of Moroccan nationality and resident in Beniel was arrested as an alleged perpetrator of the crime of sexual abuse.

The arrested and the diligences instructed were put at the disposal of the Court of Instruction of Murcia, who ordered his entry into prison.

The investigation continues open in order to determine its possible involvement in other alleged sexual abuse that may have been committed against other young people on the same date and place.