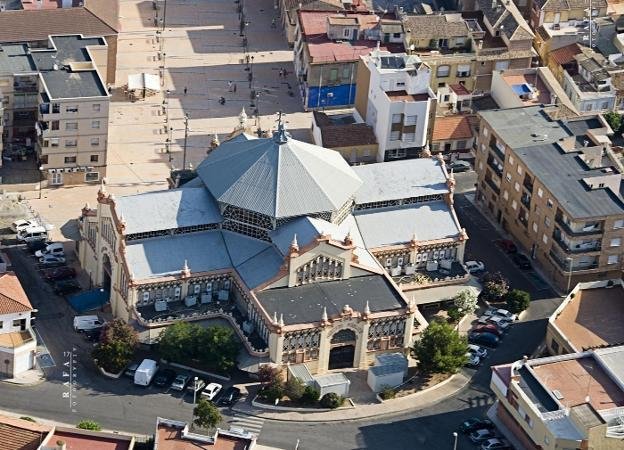 The City Council will also strengthen the structures of the building with the help of 214,600 euros of 1% Cultural Ministry of Development

The deterioration of some structures and the cover in its entirety of the old public market of La Union is notorious and the City wants to avoid any type of accident, or the disappointment of seeing how to suspend a show due to the existence of leaks. So he is going to undertake his renovation.

In fact, the Local Government Board agreed in 2017 to request the Ministry of Development a subsidy of 214,600 euros to finance the first phase of the restoration of the property under the 1% Cultural program, which has just been granted. In principle, this money will be used to «stop the construction and functional deterioration of the property», according to the project of execution of works.

The municipal technical services budget these urgent actions in 290,000 euros, of which 26% (75,400 euros) will be municipal contribution and the remaining 74% (214,600 euros), «financed by the Ministry of Culture within 1.5% of the program for to attend works of conservation or enrichment of real estate of the Spanish Historical Heritage ». Thus, the Consistory will carry out as soon as possible, repairs in all the roofs, the structures of the building will be reinforced and the damages caused by the humidity will be restored.

In any case, the old public market, one of the Modernist jewels of the Region, which was built in the prosperous mining town unionense at the beginning of the 20th century, needs integral reparation, since the partial actions that have been undertaken in the last twenty years have been shown as insufficient.