The public program becomes «unsustainable», insist from Hostetur, with an income of 20 euros per client and day with full board 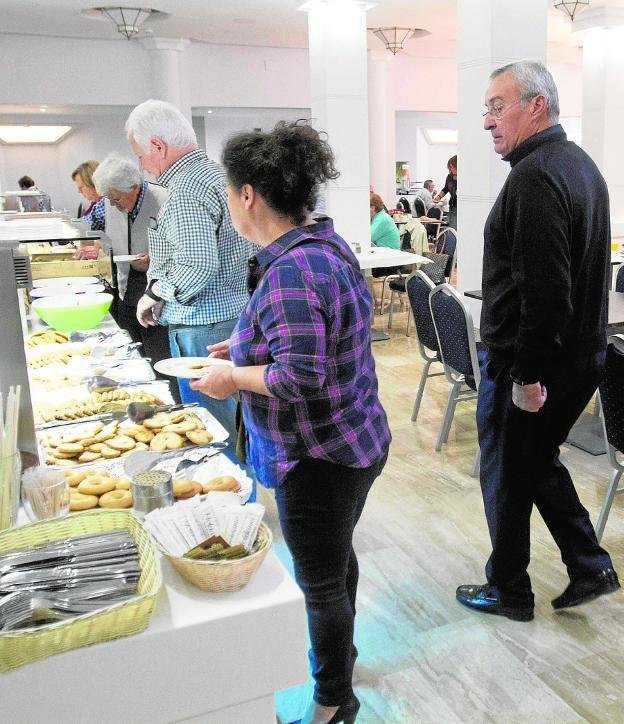 The accounts do not match the grandparents’ holidays. At least in the pockets of tourist entrepreneurs. Because working «with an income of 20 euros per square and day (once taxes are deducted) on a full-board basis, with wine, water, entertainment and with the amount of services that are offered, is completely unaffordable». This is how it is clear in the Hotel Association of the Costa Cálida (Hostetur), which demand -as the whole national sector- a change of course in the Imserso program that guarantees profitability and ensures its future viability.

«It is essential to reach a reasonable price so that wealth can be generated, so that the establishments can have activity and remain open in the low season,» stresses the vice president of Hostetur, Antonio Guillén. In his opinion, «it can not be that the Administration is paying almost the same for eight years, just an increase of one euro per day in this time, when on the other hand they have not stopped increasing costs, such as food and, above all, energy ».

A situation that causes «ruin after ruin for the sector», as also stressed by the Spanish Confederation of Hotels and Tourist Accommodation (Cehat), since taking a business at a loss «is a weak stimulus.» Thus, they warn that fewer and fewer establishments will want to participate and «the service provided to users will be degraded».

They have thought about abandoning
Therefore, there are more and more voices in the business world that are considering abandoning «because if it is impossible to reach high volumes, it does not compensate», adds Guillen.

The senior holiday program has this year 2018/2019 in the Region of Murcia with about nine establishments. These are the Entremares, Izan Cavanna, Roc Doblemar, Los Delfines and Las Gaviotas hotels, in the La Manga area; Puerto Juan Montiel, in Águilas; Pacoche, in Murcia, and the spas of Archena and Fortuna, according to the Ministry of Tourism and Culture.

Between all of them, they offered from last October to May a total of 25,300 places for Spanish pensioners, which is 2,000 more than last year. Forecasts of stays that, in the case of fulfilling the initial expectations of the central Government, would contribute around nine million euros to the Tourist Gross Domestic Product (GDP) of the Region, in addition to the maintenance of some 1,500 direct jobs, linked exclusively to this activity outside of the high season.

Nine establishments, mostly in La Manga and some in the interior, such as spas, are allocated the 25,300 places provided

However, the reality is that the bulk of those figures, a priori so positive, that the Delegation of the Government in the Region advanced before the summer, when the new Imserso program was presented, do not take into account the small print that the hoteliers. Hence, emphasize the need to raise the price with which they work accommodations, which is determined by the contribution made by the General State Budgets to the program, together with the minimum part assumed by the user.

So the businessmen again demand from the Ministry of Health and Social Affairs and the Institute for Seniors and Social Services (Imserso) a special sensitivity with the sector when it comes to defining the new specifications that must be drawn up from the Senior Holidays Program , that everything seems to be taken to the Council of Ministers before the end of the year for its convocation and subsequent adjudication process.

New sheet
In his opinion, the new sheet for the next four years (two years plus two years of extension) requires an improvement in the conditions that must be incorporated into a contest to which several bidders will likely opt for competitive participation. So far the management is of the company Mundosenior.

The entire hotel sector, both the coastal establishments and the interior and cultural routes, are united in this claim, which comes from afar but now returns to the forefront with more force in the light of the negative results that are being obtained and the new contest of the program, after the problems detected in the last years regarding the profitability.

In addition, the request is justified because it is the State the biggest beneficiary with this holiday for the elderly, since for every euro that invests they return more than 1.5 euros thanks to the VAT collection, to the social contributions since they save paying unemployment to thousands of workers, who would be unemployed in the months of autumn and winter if the hotels close their doors.