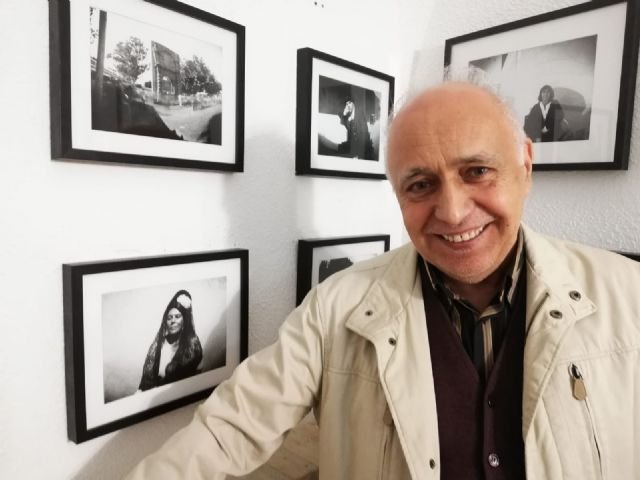 The Exhibition Space Plan, promoted by the Ministry of Tourism and Culture to publicize the work done by the creators of the Region of Murcia, opens three new exhibitions in spaces of Abanilla, San Javier and Mula by artists Damián Lajara , Lucas Brox and Pepe Montijo.

‘Stenos Opaios’ is the project of Damián Lajara that already occupies the Abanilla Youth Hall. The exhibition, which can be visited until December 16 (Thursdays, Saturdays and Sundays), gathers a set of pinhole photographs made with a simple recycled metal can, prepared with a photographic emulsion and converted into a single-shot camera. Between the works they emphasize several portraits with which Lajara realizes tributes to artists like Picasso, Sorolla, Cézanne, Delacroix and Shakespeare, in addition to landscapes or bodegones.

The work of Lucas Brox, gathered in the painting exhibition ‘The decline of the crowd’, can also be seen in the Museum of San Javier until January 6 (Tuesday to Saturday). The exhibition is composed of different portraits in which the Murcian creator stops at the darkest part of the human being. Dark environments and disfigured faces that emerge from a convulsive world and through which the artist makes a social criticism generated by lies, fear, hypocrisy, loneliness and death.

The last exhibition of the Exhibition Spaces Plan inaugurates the work of Pepe Montijo to the High Cloister of the Ciudad de Mula Museum. ‘The year that snowed’ is the exhibition that will remain open until next January 14 (every day of the week except Tuesday) and in which Montijo shows through his oil paintings the result of a long process of pictorial research.

These three samples are part of the 56 exhibitions that are being inaugurated throughout this 2018 in rooms of some thirty municipalities. Through these projects, the Exhibition Spaces Plan brings the work done by 70 artists from the Region of Murcia who were selected for the second edition of this plan to different audiences, with which the Ministry of Tourism and Culture collaborates with the different town halls in the programming of quality activities.