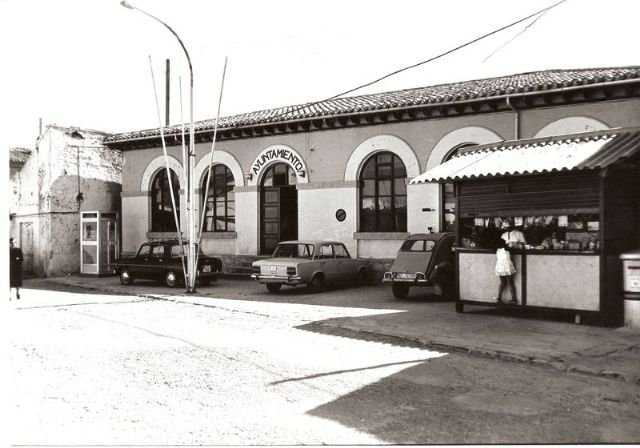 The Department of Culture reports that, in compliance with the approval in plenary session last April 2016, when the corporation approved the adaptation of a municipal site for the creation of the new Municipal Archive, the City Council has begun the efforts to start the work of organization and description of historical documents and their conservation in an adequate space, following the request of the Official Cronista of Campos del Río, Matías Valverde.

The main objective of this measure is that the documents do not leave the municipality and can be consulted in an orderly and chronological manner at any time and by any person in a space that will serve as a welcome to the historical heritage of the municipality, while the documents they are conserved in an optimal and adequate state.

For this task have been hired two scholars from the University of Murcia who will be commissioned to begin shortly to perform these thorough work and thanks to the agreement – collaboration agreement between the consistory and the public university institution, can be carried out ..

The Consistory considers the proper arrangement and description of municipal documents as an essential need to achieve a more efficient management and consultation of them, so these works will focus on the description of documents, access and inclusion of them in the database used by the General Archive to describe the documentary series, the fund classification table and the management of technical tools that help to compile the inventory of the archive following international standards. On the other hand, the documents will be properly organized and described to subsequently create a regulated system that defines the loan of the same for consultation and that allows total control.

From the Department of Education, its councilor and mayor, María José Pérez Cerón, stressed the importance of these works because «they mean the classification, organization and preservation of the documentary history of our municipality» said while expecting «this meticulous tasks are carried out at a good pace so that in a few dates the new Municipal Archive of Campos del Río can be inaugurated, which will be enjoyed by present and future generations in what will be the documentary archive of the legacy of our history. »

Brief historical review of the municipality

The history of Campos del Río is linked to that of Mula. The first allusions to Campos del Río date from July 4, 1257, when a privilege granted by Alfonso X el Sabio in Alpera yielded Campos, then farmstead, as a village of Mula .. Cedida to Don Sancho Manuel for a census of one thousand maravedis per year , belonged later to the family of the Ayala and the marquises of Corvera and Pinar. However, the findings of Muslim pottery remains found in the natural park, allow us to assume that the area was already enabled in the eleventh and twelfth centuries.