We leave you our WEEKLY AGENDA where you will find all the events and conferences that we have this week before the Father’s Day bridge. 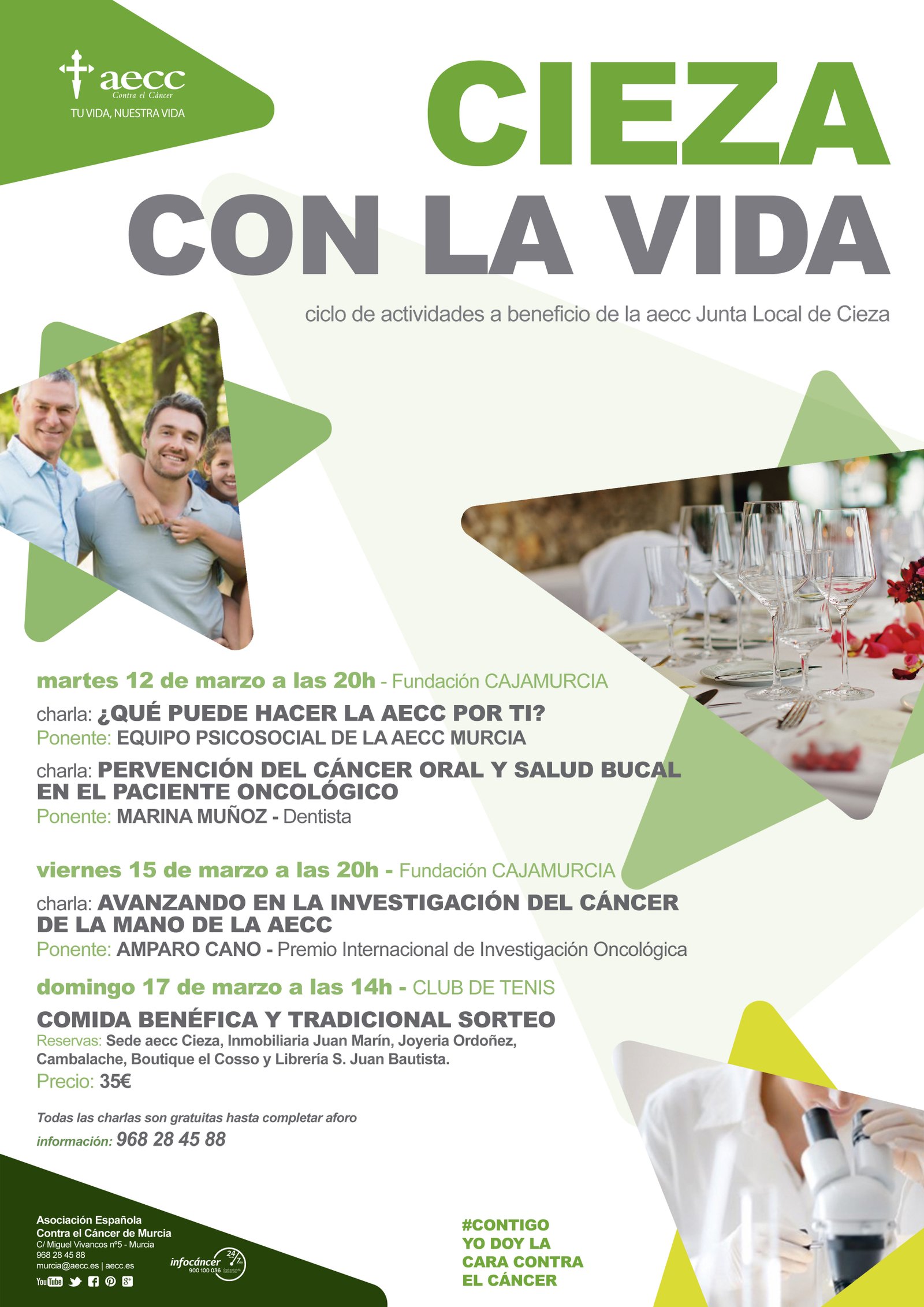 CIEZA – Start of Cieza Against Cancer. Talk about programs and Services aecc and Prevention of Oral Cancer. Speakers Marina Muñoz, dentists. At Cajamurcia Foundation at 8pm

CARTAGANEA – Talk about Programs and Services of the AECC at the headquarters of the Red Cross at 10.30

SAN JAVIER – Chara on Tobacco and how to leave it. In the IES Mar Menor, San Javier

CIEZA – Talk about Research and Cancer at the hands of Amparo Cano, patron of the Scientific Foundation of the AECC and International Award for Oncology Research. In the classroom of the Cajamurcia Foundation at 8pm

LORCA – AECC Information Stand in the San José neighborhood. All day until March 19.

ABARÁN – Start of the XIII Abarán Against Cancer Conference. Cervantes Theater at 9pm 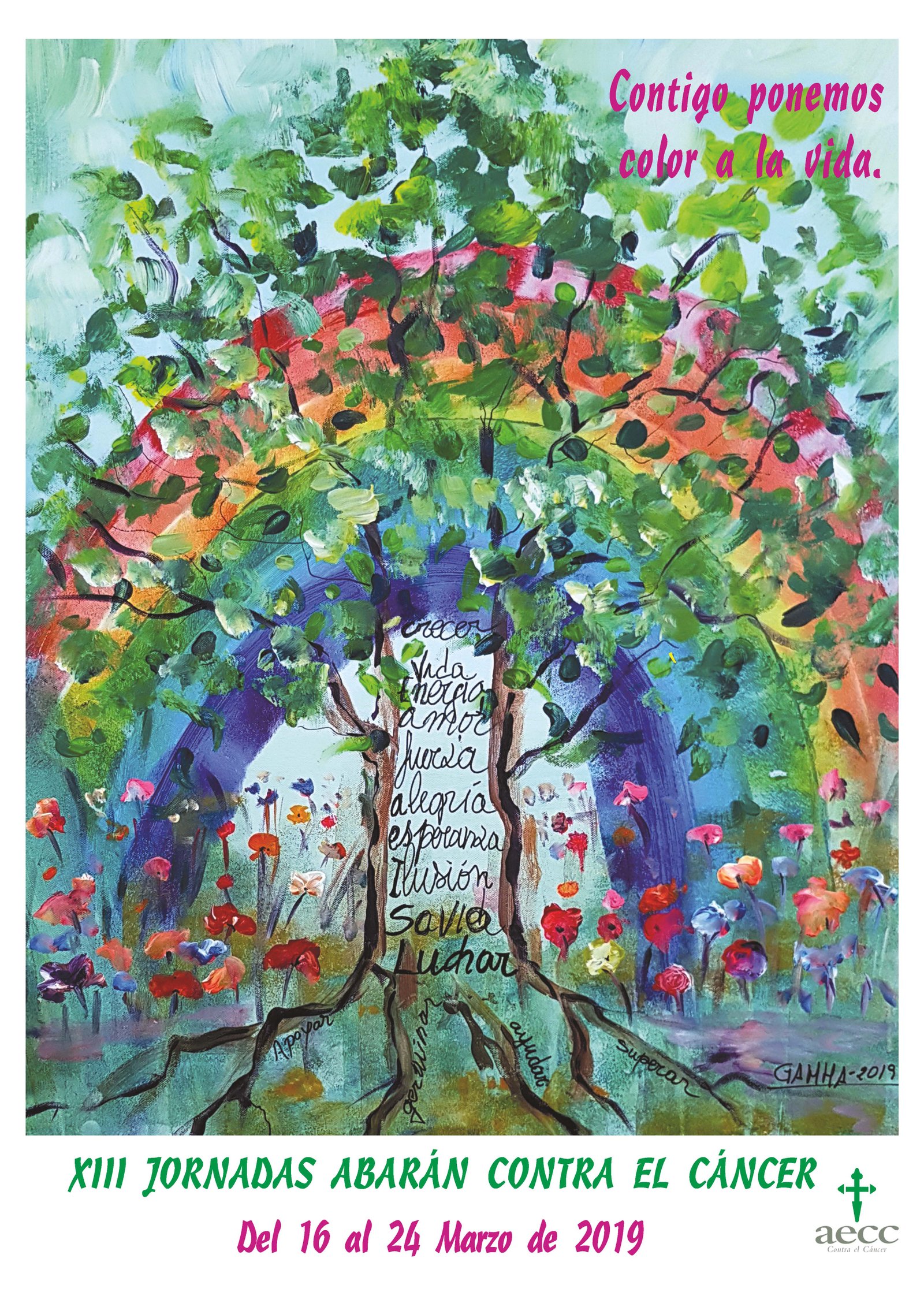 CORVERA – Sports Duathlon for the benefit of the AECC. Organized by the Neighborhood Board. 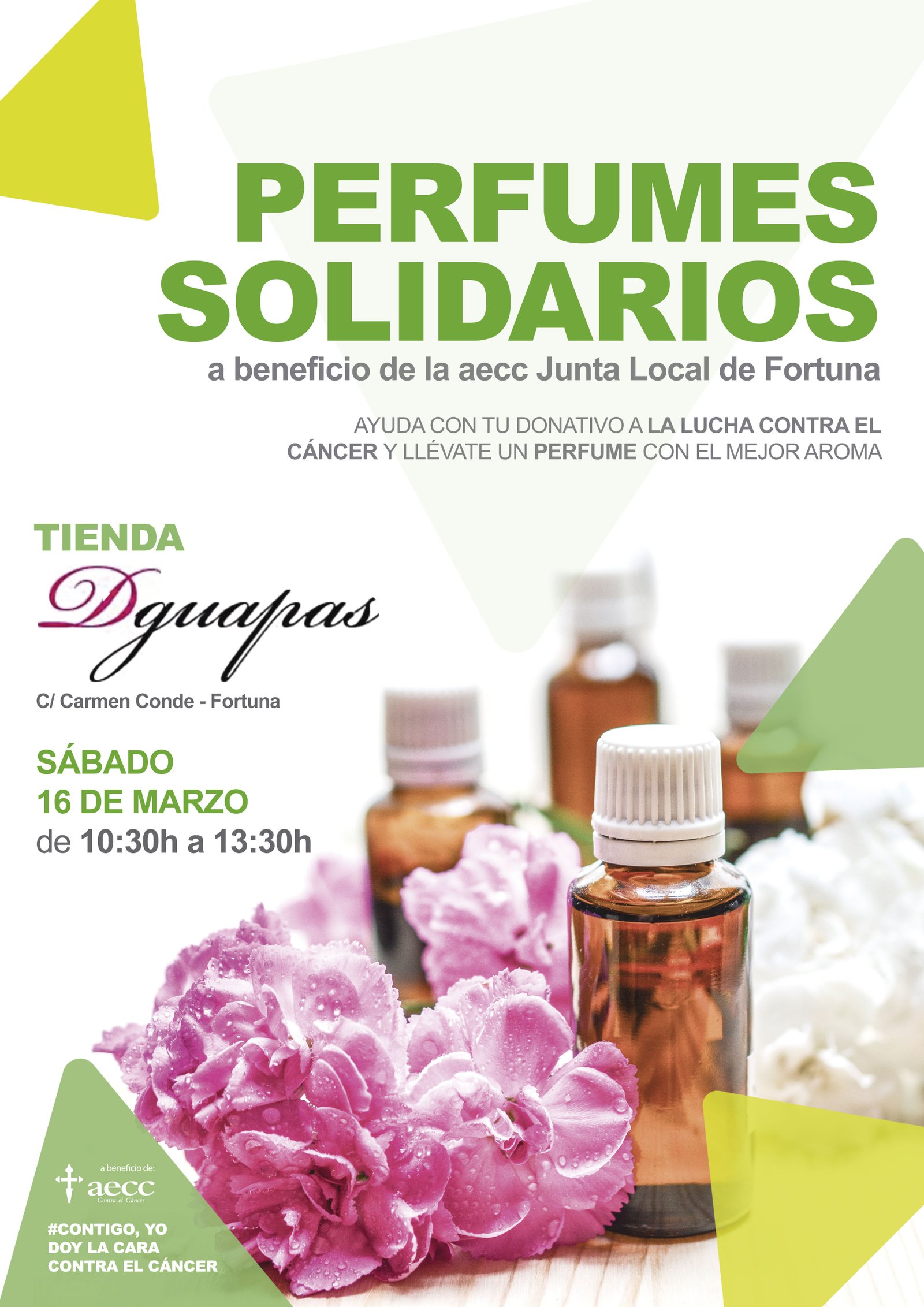 JUMILLA – Solidarity Concert of the Cristo de la Salud Brotherhood. In the church of Salvador at 12.30

CIEZA – Charity Food at the Tennis Club Restaurant at 2:00 p.m. 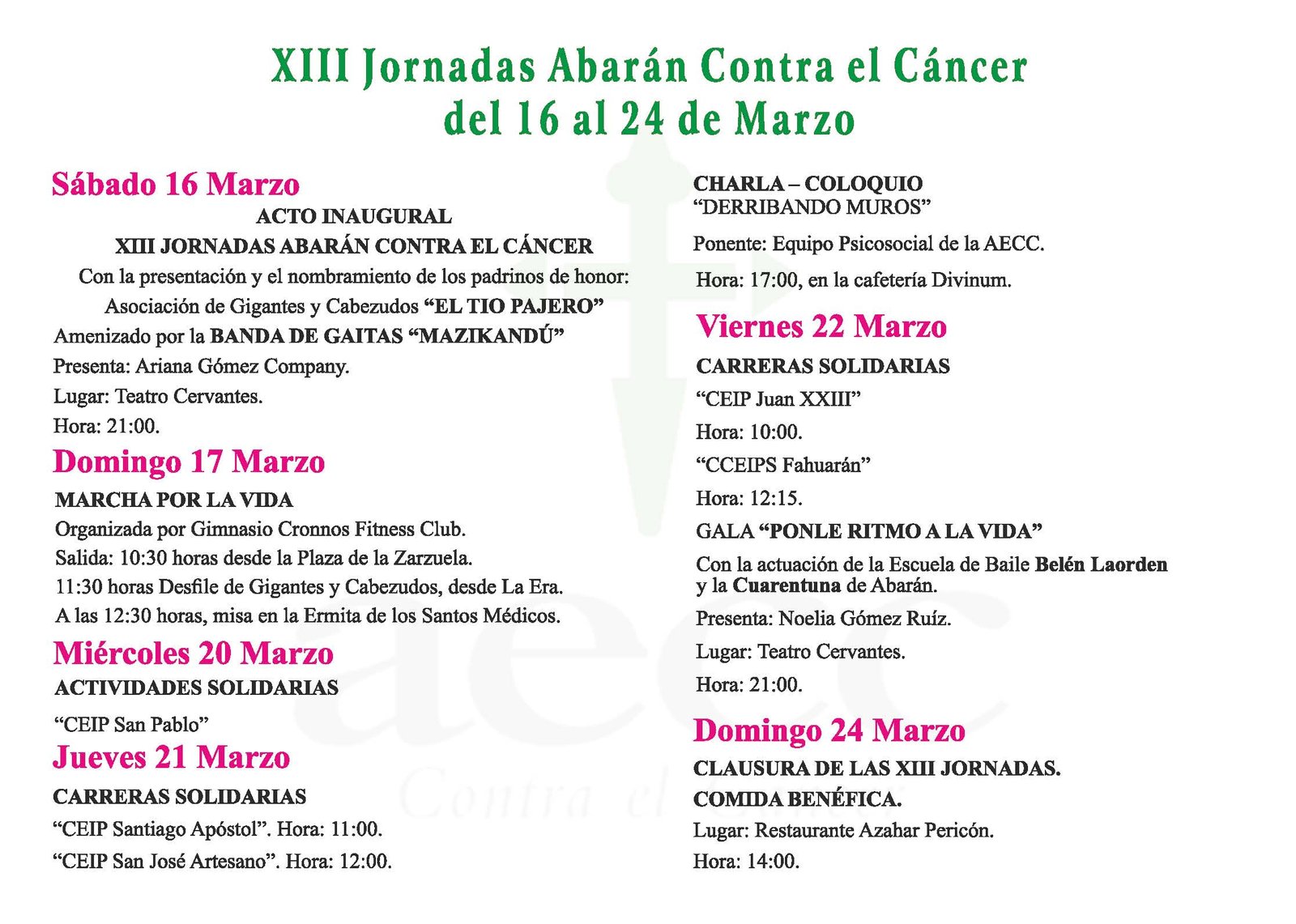