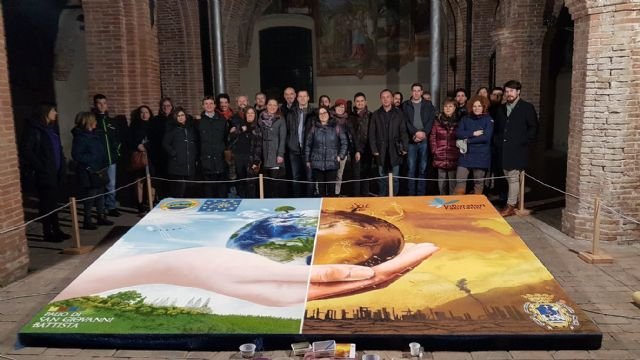 Between November 28 and 29, the seventh transnational meeting of the European Project «Life Sec Adapt» was held in Fabriano (Italy), in which Bullas Town Hall participates as a partner.

In the context of the same, Juan Pedro Muñoz Gea, Councilor for Finance and Urbanism Bullas City Council, presented the local strategy on climate change in the municipality. He has explained the different actions and projects in which he is working with the aim of being more efficient from the energy point of view, reduce CO2 emissions and be a municipality committed to the environment.

This line of work began in March 2011, with the adhesion to the Pact of the Mayors for Climate and Energy, which had as a first result the realization of the Action Plan for Sustainable Energy, with the aim of reducing at least one 20% CO2 emissions before 2020, plan of which was made and submitted the corresponding mandatory monitoring report in September 2017.

At the same time, between 2010 and 2013, Bullas City Council participated in the LIFE ACT Project with the main objective of developing a Local Adaptation Strategy that took into account the environmental, social and economic impacts of climate change in order to increase resilience to this serious problem. The main result of this project was the approval, by the municipality, of the Local Plan for Adaptation to Climate Change, in March 2013. This Plan already integrated the measures identified to reduce the emissions included in the Energy Action Plan Sustainable (PAES).

Among the actions that are being developed, at the local level, within the LIFE SEC ADAPT Project include: updating the Local Adaptation Plan to Climate Change; the integration of the same within the General Plan of Urban Ordination; the update of the Sustainable Energy Action Plan (SEAP); the creation of an energy bank and the realization of the energy studies of the different municipal buildings.