The exhibits have been made on bricks and can be seen in the Tinajas Room of the town until September 10th. 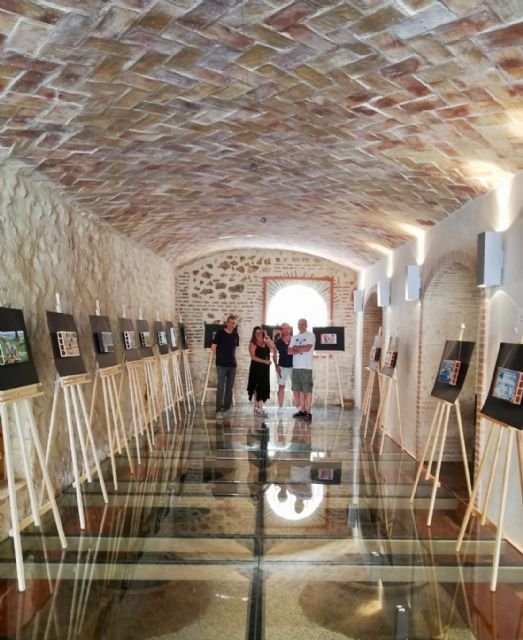 The group of artists Grupo Trazo6 inaugurates today (9:00 pm) in Pliego the exhibition ‘Art in construction’, which is included in the Exhibition Space Plan launched by the Ministry of Tourism and Culture. The exhibition can be visited in the Sala de las Tinajas until September 10.

‘Art in construction’ brings together a set of works of figurative painting that have the distinction of having been made on brick. In addition to innovating in the support, this sample aims to differentiate itself by the techniques used, ranging from the most traditional, with prints to chalk and oil painting, to acrylics with polymer resin finishes, cyanotypes or compositions closer to expanded painting .

The general director of the Institute of Cultural Industries and Arts, Marta López-Briones, said that «with this exhibition, the collective Trazo6 joins the project of exhibition spaces, giving the opportunity to those who approach Pliego to know the different styles and ways of working of its members, a variety that undoubtedly enriches this new proposal of the project created by Culture and that is allowing the creators of the Region to show their works in halls throughout the Region «.

To the Exhibition Space Plan, 138 artists were presented this year, of which 70 were finally selected for the realization of 56 exhibitions that are being inaugurated throughout the year in some thirty municipalities. «Figures that show the good reception of this initiative with which, from the Ministry, is working with municipalities to expand the cultural offer throughout the region,» added Lopez-Briones.

The art and creation group Trazo6 was created in December 2016 and is composed of artists born or resident in the Murcia Region of different styles and themes but based their work on realistic figuration. The components of this group are María José Caride (Murcia, 1964), Carlos Menéndez (Madrid, 1962), Manuel Vacas (Cáceres, 1961) and Manuel Laguna (Madrid, 1961).

The exhibition ‘Art in construction’ can be visited until September 10 in the Tinajas de Pliego Room, from Monday to Friday, from 9:00 a.m. to 2:00 p.m