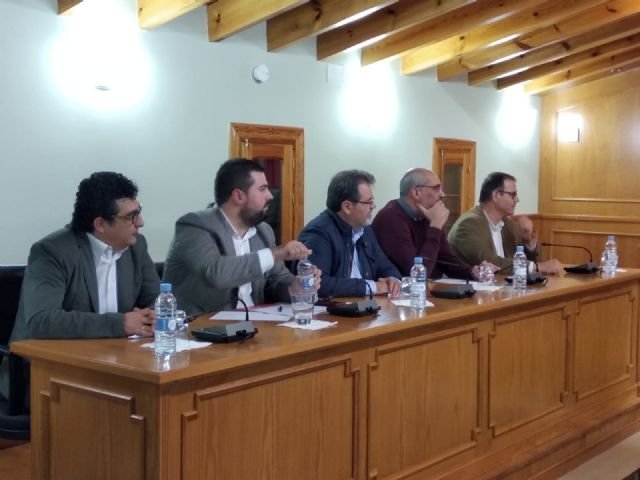 The mayor of the town has received the Spokesman of the Socialist Parliamentary Group in the Senate, Ander Gil; the Delegate of the Government in the Region, Diego Conesa; and to several mayors of small municipalities of the Region.

The mayor of Pliego, Pedro Noguera, has received this afternoon in the town the Spokesman of the Socialist Parliamentary Group in the Senate, Ander Gil; the Delegate of the Government in the Region, Diego Conesa; and to the mayors of some of the smallest municipalities in the Region.

An institutional meeting in which the scarce attention given by the Regional Government to these municipalities has been put on the table, «obviating the needs of these localities.» It seems that belonging to smaller urban nuclei and with a smaller population makes the Autonomous Community considers us second-class municipalities, «explains Noguera.

Due to this abandonment, the mayor of Pliego continues, «this meeting was held with the spokesman in the Senate of the Parliamentary Group that holds the central government and the Government Delegate, to try to find a solution to this problem. all the institutions, and that we are guaranteed the necessary attention in matters of services, indispensable for any locality «.

Likewise, Pedro Noguera indicated «the pride that supposes to receive in our municipality to high representatives of different institutions, that come to Pliego to listen and to gather initiatives of support to the small municipalities, that later will transfer in the different parliaments in which they have voice» .