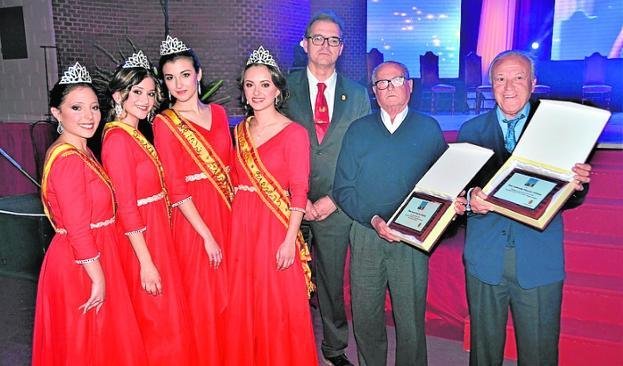 Jesús Saorín Abenza was named Ricoteño del Año a few days ago during a ceremony held in the municipal auditorium, on the occasion of the town’s festivities. In the same event, the coronation ceremony of the children’s queens, Adriana Guillamón and Jimena Moreno, and the young queens, Ainhoa Guillamón, Asun Turpín, Irene Miñano and María Victoria Bermejo took place. It was an evening of emotions, reunions, feelings and music that was attended by Francisco Ferrer, chief of staff of the Secretary of State for Infrastructure of the national Government, Pachequero Pedro Saura. The musical performance of Ana Belén Comenge put the finishing touch to the unforgettable evening for the residents of the municipality of Ricote.