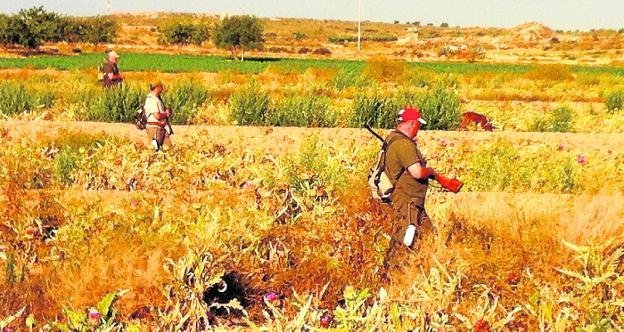 Source: The Truth
The plan to reduce the population of this species, which will extend until the autumn of 2020, affects Abanilla, Archena, Molina de Segura and Fortuna
The special plan to stop the damage caused by the proliferation of rabbits, both in natural areas and in crops, will remain active until October of the year 2020. This is established by the Order of Emergency Shield Hunting, which proposes exceptional measures for hunting of this animal and that was published yesterday in the Official Bulletin of the Region.

Accurate measures, including the use of ferrets and firearms, can be adopted to fight against the wild rabbit plague (‘Oryctolagus cuniculus’) suffered by the municipalities of Abanilla, Archena, Fortuna and Molina de Segura, localities declared in a situation of temporary hunting district. The order, which extends the extraordinary measures that were approved in June last year, includes those municipalities that have been affected by the increase of this species and that have densities of between 15 and 80 specimens per hectare, such as Alhama de Murcia, Alguazas, Cartagena, Ceutí, Cieza, Fuente Álamo, Ojós, Las Torres de Cotillas, Ulea, Villanueva del Río Segura and Yecla, the Community reports.

The control that was carried out in the last eight months allowed to eliminate more than 3,000 copies only in Molina de Segura. Although the order has been published, it is still not possible to start hunting for this animal until the final resolution is approved, as explained yesterday by Pedro Gomariz, farmer and president of Coag in Molina de Segura and the region.

In the case of Molina, in order to activate the resolution, a meeting with representatives of the City Council is planned and, subsequently, the Natural Environment technicians will have to be informed. «Our idea is that it is activated by the end of next week,» says Gomariz, who is also part of the regional and national executives of the aforementioned agrarian organization.

These measures aim to minimize the damage generated by this animal. In Molina de Segura and the region, «all farmers» are affected, says Gomariz. Between 20% and 30% of plantations have been invaded by these lagomorphs. The economic losses of this pest are very high and reduce the production to farmers. «They have caused damage to crops, especially vegetables and seasonal fruit,» he says.