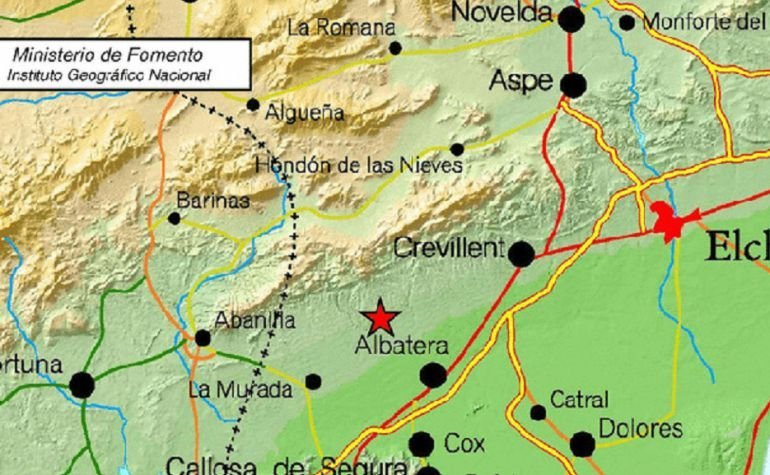 An earthquake of magnitude 4.2 on the Richter scale has been recorded this Monday around 4:40 pm in the municipality of Albatera, in the region of La Vega Baja.

The tremor, which has been noticed in several parts of the south of the province of Alicante and the Region of Murcia, has been perceived in some locations of the capital of Alicante, although there has been no regret for personal or material damage.

As detailed by the National Geographic Institute, the epicenter of the tremor is at a depth of about ten kilometers.