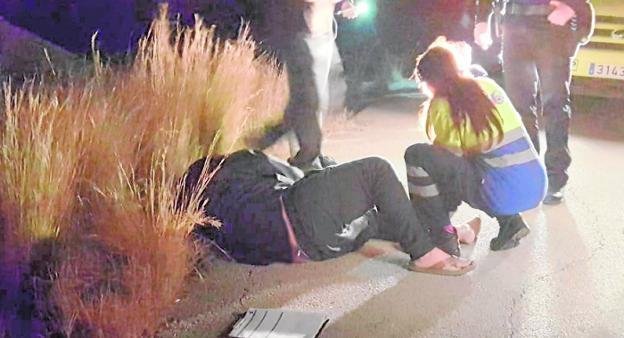 Source: The Truth
It was neighbors from the area who called Emergencies
A neighbor of Abarán, 39, was transferred last Monday night to the Hospital Lorenzo Guirao, in Cieza, after being seriously wounded when a wild boar attacked the vehicle in which it circulated in the area of Macicandú.

The injured, who fell to the ground, suffered several fractures in one leg and had to be operated. They were neighbors of the area who called Emergencies to alert of the event.