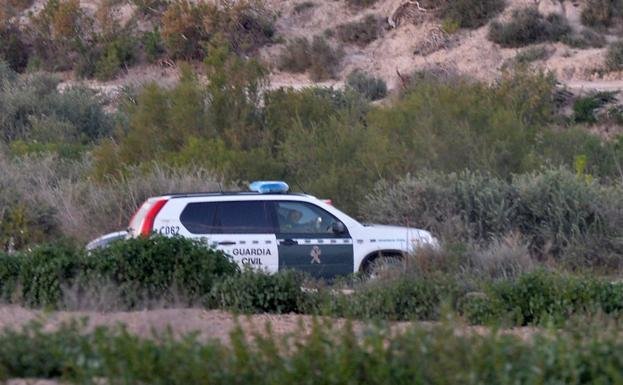 The body was found after a search began around a car that had been stopped for several days in the area.
The Judicial Police of the Civil Guard has begun an investigation to try to clarify the circumstances of the death of a man, whose identity has not transpired and whose body was found at noon on Wednesday in the course of the river Guadalentín with evident signs of violence. In the absence of the autopsy report, in which the causes of death must be determined with precision, all indications are that he has been murdered.

The discovery of the body took place around one in the afternoon, according to sources close to the investigation, after a neighbor in the area warned that there was a car in the riverbed that had not been moved since, at least , last Monday, so I speculated that the driver had something wrong or that the vehicle had been stolen and abandoned in that place.

A patrol of the Civil Guard of Totana moved to the indicated area, known as the Hondales Road, and found that there was the car described, so they began to track the area in search of a track. A few meters away they came across a man’s body, which at first sight showed violent injuries. The civil guards alerted their comrades from the Judicial Police and the Totana guardhouse, whose head was in charge of coordinating the removal of the body.

Comprehensive inspection
The ocular inspection in the area lasted for long hours, due to the difficulties it offers for the possible finding of tracks, as it is a channel full of high-altitude bushes and in which garbage also accumulates, so any vestige can easily go unnoticed.

All the hypotheses are open at this moment, because for the moment it is not known if the deceased arrived at the place driving the car or was moved there by other people, who would have been the ones who would have killed him. Nor is it ruled out at this time, according to the same sources, that he could have died somewhere else and later be transferred to the Guadalentín channel.

This Wednesday night had not transcended data on the ide