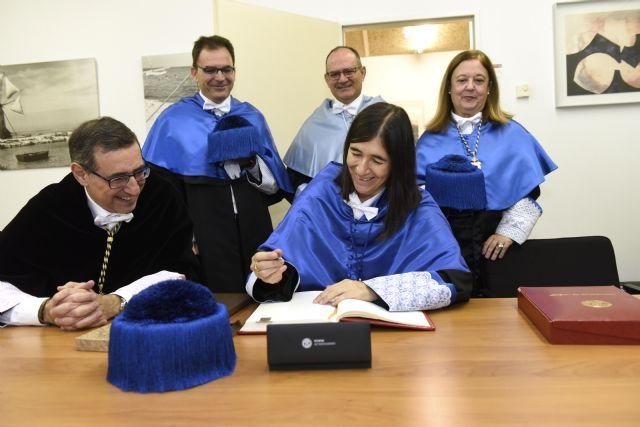 The researcher María Antonia Blasco Marhuenda, director of the National Center for Oncological Research, has entered the cloister of the University of Murcia on Monday as an honorary doctor; A recognition of his extensive career as a scientist investigating the origin of diseases, especially the origin of cancer and how to prevent it.

The solemn act took place in the auditorium of the Faculty of Economics and Business of the UMU, which was filled to listen to the masterclass of Blasco. Among the attending public were three hundred students from the Vega del Táder institutes, Francisco de Goya, Juan Carlos I and Salvador Sandoval, invited to the event by the Medical Studies Foundation of Molina de Segura.

All of them and the rest of the audience have listened to the informative inaugural speech of the flaming honorary doctor, speech in which she has explained how her research has covered the path that led to the shortening of telomeres, structure at the end of the DNA of the cells, as the cause of cell aging that can lead to cancer, and a molecule called telomerase as the key to prevent the development of these damaged cells. Using illustrative metaphors that have allowed attendees to follow their explanations in detail, Blasco has drawn a path of hope based on the results that are taking place in the investigations that the CNIO has been working on regarding telomeres and telomerase.

The researcher also wanted to reflect: «According to WHO, the incidence of cancer is increasing worldwide, and this is due to the fact that there are more and more elderly people.» This makes it urgent to have, not only more effective treatments to end cancer once it has appeared, but also to have better ways to prevent it perhaps by slowing down the aging process – and also to detect it early when it can still be solved with a simple surgery, I think the latter is very important. »

María Blasco thanked the honor granted by the University of Murcia and said that she hopes that this will mean the beginning of a closer relationship between the UMU and the National Center for Oncological Research.

The rector, José Luján, was in charge of closing the event with his speech, in which he highlighted the merits of Blasco, but in which he also made special emphasis on the importance of investment in research. «We are far from dedicating the resources needed by the excellent and disruptive research that the present stage of evolution demands.When humanity looks to the edge of the abyss of the greatest scientific and technological revolution that centuries have seen, Spain is still not capable to offer a project at the height of its political, economic and cultural position in the concert of nations, «Luján said in his speech.

«In the regional context – Luján has added – the University of Murcia is called to play a fundamental role as a reference in the regional system of higher university education, scientific research and also knowledge transfer, because of its size, tradition, number of researchers, a variety of disciplines that encompasses and importance of the resources available, our university occupies a key position in the regional R & D & I system. »

Luján has also highlighted the collaborative nature of scientific research and the willingness of the University of Murcia to work together with other regional, national and international research agents to achieve «the objectives that the citizens demand from us as a region and as a nation». Especially the collaboration with the Polytechnic University of Cartagena and the Medical Institute of Biomedical Research (IMIB) has been highlighted.

Professor Victoriano Francisco Mulero was responsible for presenting to the university community the laudatio with the merits that make Blasco a perfect candidate to hold the honoris causa distinction: «For her research talent, her innovative ability and her scientific excellence, Dr. Blasco has earned the esteem and recognition of the international scientific community, «he said.

Mulero also pronounced a phrase that shortly after made the Rector Luján his. And is that both assured that the appointment of Blasco as an honorary doctor, «more than an honor for her? What is?», Will be a future hallmark for the University of Murcia and the recently created IMIB. « 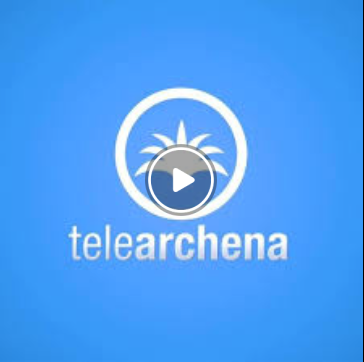