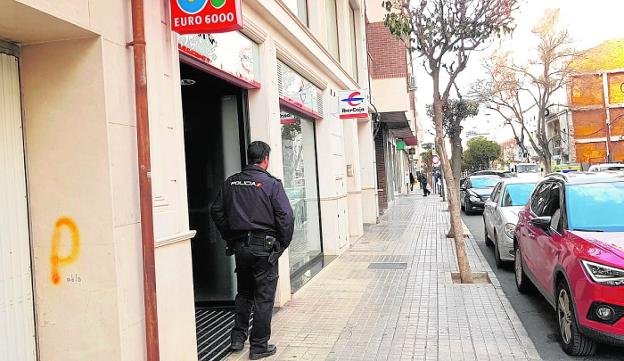 Source: The Truth
The robber, who went to bare face, came to point at an employee and fled with about 60,000 euros from the safe
I went to face discovered and with a very specific goal. The National Police is looking for a robber who, on the morning of yesterday, fled with around 60,000 euros from the safe of the branch that Ibercaja has in Yecla. The assailant entered with his face uncovered and with a gun, apparently real, with which he managed to point an employee. The investigators of the Judicial Police of the police station of Yecla now track the recordings of the security cameras in search of clues that help to locate this experienced thief as soon as possible.

The assault, as sources explained the body, occurred early in the morning at the bank office located on San Pascual Street, in the heart of the town. At that time, only one employee was in the office and there were no clients.

The robber was a man of about 60 years of age with a well-trimmed white beard. After entering the branch, he aimed at the worker with a weapon that, in appearance, seemed real and demanded that he hand over the money they kept in the safe.

As usual, the safe in this office had a security system that requires waiting a while to open it. The robber waited about 15 minutes delay and, after appropriating about 60,000 euros from the box, fled quickly from the area.

Yesterday morning, agents of the National Police were working inside the branch, which remained closed to the public. The investigators agreed to the recordings of the security cameras, which, given that the thief acted bare-faced, could be key.