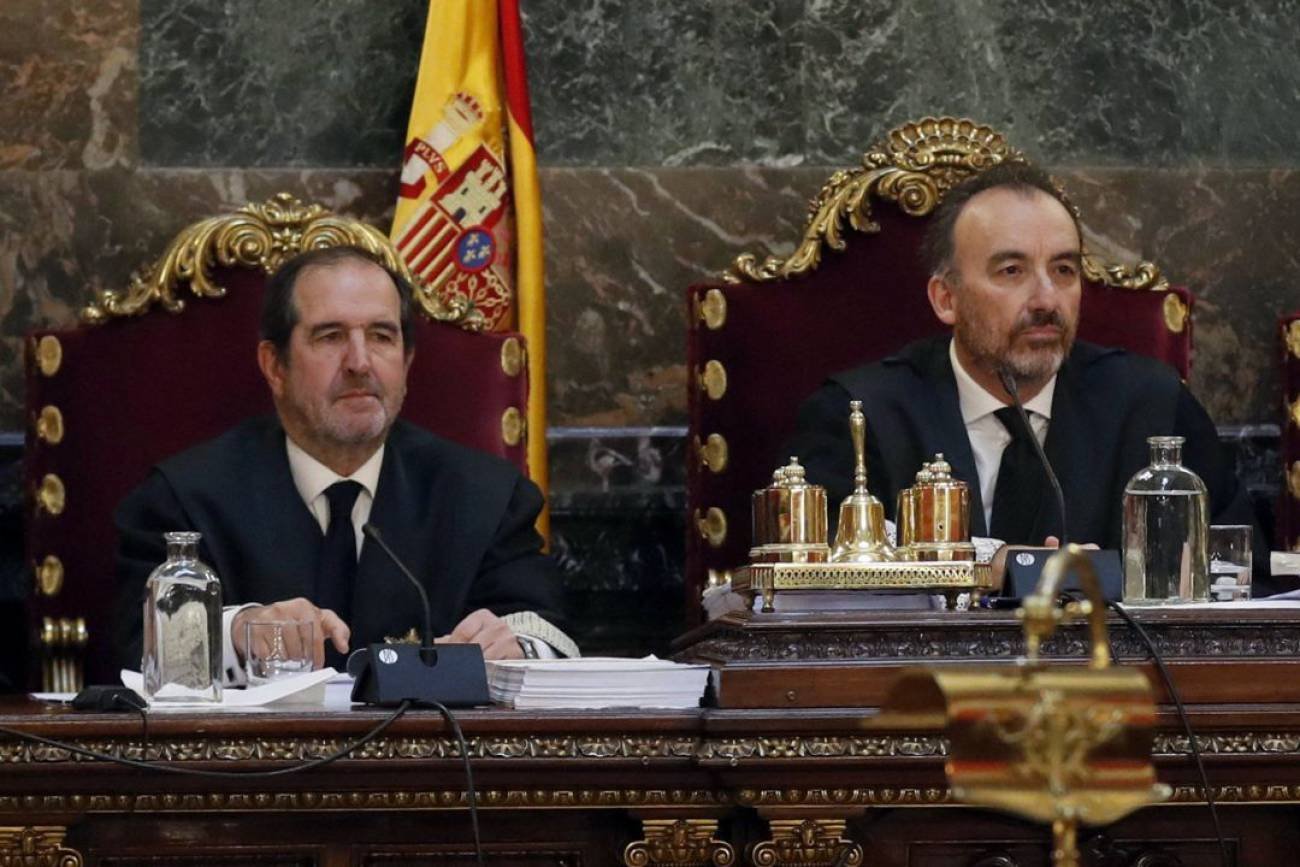 The associations of judges qualify as a «bad start» the appointment of Marchena to preside over the third power
CHAIN ​​BE /
The three main organizations of judges and magistrates have criticized on Monday the «bad image» of the Justice that gives the agreement reached by the PP and the PSOE to name the new president of the General Council of the Judicial Power and the Supreme Court because, again , the constitutional provisions that establish that it is the vowels and not the parties who elect this position by vote, are violated.

MORE INFORMATION
The candidacy of Judge Marchena changes the court that will judge the procés
The Government and the PP agree that the conservative Manuel Marchena presides over the Judicial Power and the Supreme
None of the associations has questioned the professionalism «prestige and scientific authority» of the candidate for president of the CGPJ and the Supreme Court. However, from ‘Judges and Judges for Democracy’, Ignacio Gonzalez, say they would have preferred a progressive woman to the position and stress that it is the parties who, once again, elect the new president «transmits a bad image of justice» and even more «at this moment they need to recover the prestige».

For this organization, Marchena is «a great professional» and it is an «indisputable» fact, although they bet on another type of profile. «We would have chosen a woman with a progressive profile», she specified.

The spokesman of the Professional Association of the Judiciary, Celso Rodríguez, regretted that «since the first mandate in 1985» the system that, in his opinion, should rule «by pure constitutional coherence» has not been respected, and that «the appointment of the members as their president is driven by the judicial career «. The spokesman says that «nobody discusses his professional merits, prestige and scientific authority» even the most recent «like the Medal of the Legion of Honor» granted to Marchena by the French government a few weeks ago.

What criticizes the association is that «once again it is known in advance who is going to be the president as a result of a system of parliamentary games that is not the most consistent with the Constitution.»

For his part, Raimundo Prado, spokesman for the association Francisco de Vitoria, insists that it is «an illegal procedure because it is established in the Organic Law of the Judiciary» which are the members who appoint the president.

«It is already known who is going to be president without knowing who the vowels are and without the vowels having voted, it seems an aberration, the system is perpetuated and we have another five years with shadows on the independence of justice in Spain».