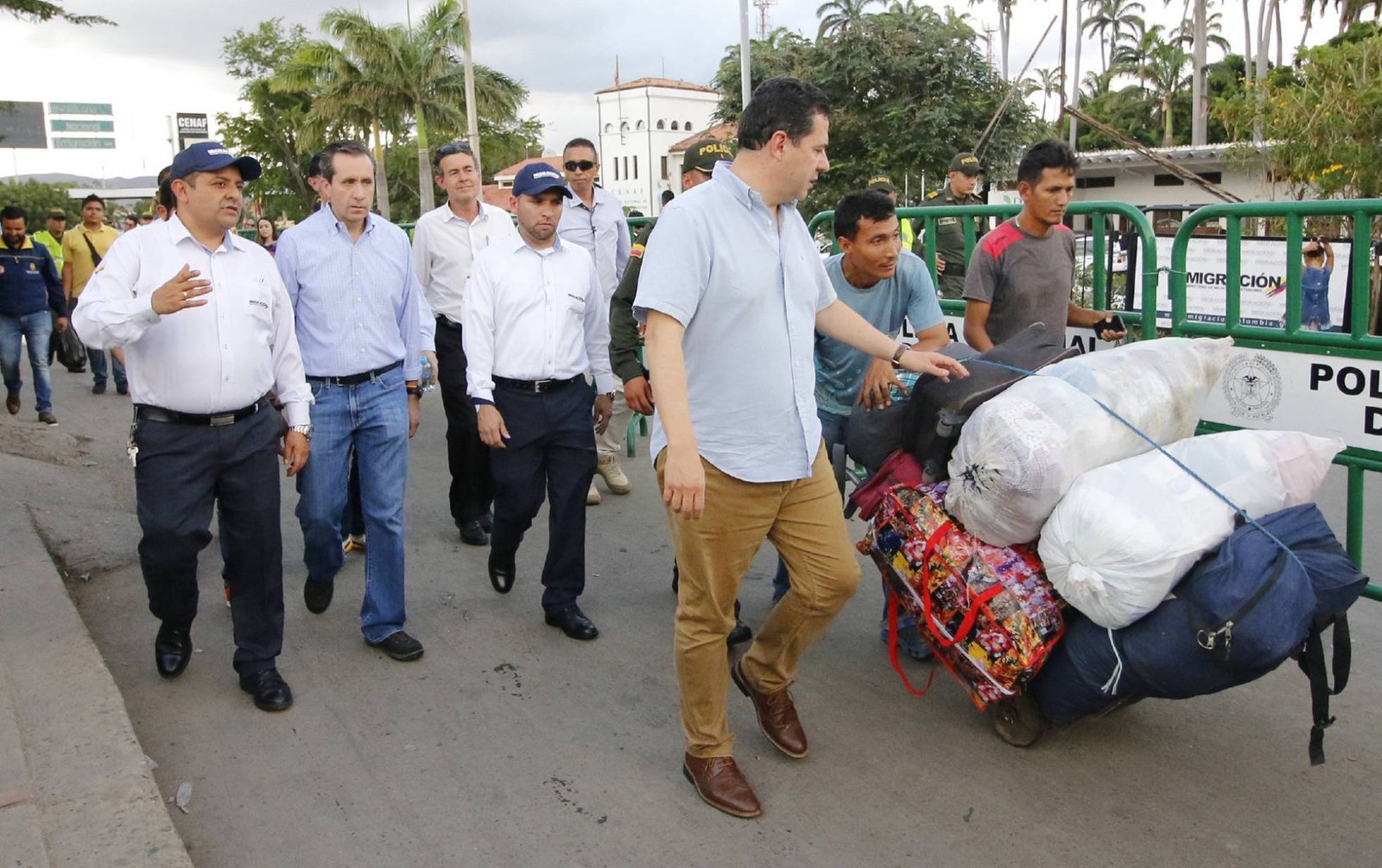 The economic impact of the massive Venezuelan exodus in Colombia will fluctuate in the short term between 0.23% and 0.41% of the country’s GDP, that is, it can reach a figure close to 1,100 million dollars. This is what the World Bank warned on Friday, which has prepared a report on the outlook that casts the migratory flow. Colombia, which shares with Venezuela around 2,200 kilometers of border, is the country in the region that has suffered most from the consequences of this phenomenon. More than a million people who decided to flee the Nicolás Maduro regime are in their territory of a total, according to calculations of the United Nations, of 2.3 million.

«The effects of the additional provision of education services, health, water, early childhood, humanitarian assistance, employment services and institutional strengthening would be between 0.23% and 0.41% of the country’s GDP, depending on the the capacity of absorption of each sector «, indicates the organism, that also sends a warning on the repercussions in the most vulnerable fringes of the population. «Migration from Venezuela has led to an additional demand for basic services in Colombia, such as health and education, which places financial pressures in the short term and affects the most vulnerable populations, such as indigenous people and children, both among migrants and the local communities. »

More than 90% of Venezuelans living in Colombia entered the last two years
Colombia tries to clear the ghost of an intervention in Venezuela
Iván Duque gathers the support of Brussels before the Venezuelan crisis
«The most important conclusion is that we should not waste a good crisis or a good challenge, challenges and crises always arise opportunities And this is the most important conclusion of this report,» said the Vice President of the World Bank for Latin America and the Caribbean, Jorge Familiar, during the presentation of the report, in Bogotá, attended by the Colombian president, Iván Duque, and the foreign minister, Carlos Holmes Trujillo. «In the short term there are costs, but if this is handled well, in in the medium term and in the long term there will be opportunities and growth. «According to the simulations of the institution it represents, in the event that half a million people of working age migrated to Colombia, economic growth would accelerate 0.2% due to an increase in consumption close to 0.3% and investment in 1.2 points.

One of the objectives of the Government, which is about to meet 100 days, was from the beginning the internationalization of this emergency. The Andean country can not take charge, without the help of the main instances of the international community, of the financial impact of the crisis, and the Duke himself, who assures that in no case will he renounce the «concept of fraternity», insisted that «This dimension can not be just a task of Colombia.»

The World Bank offers as an example the increase in demand in public health services: «It went from 125 cases in 2014 to almost 25,000 in 2017. On the other hand, it is estimated that at least 70,000 irregular migrant children are outside the education system at present». Familiar visited the border of Cúcuta a month ago, where there are two of the most traveled steps by migrants, and could verify that, for example, in the university hospital more deliveries of Venezuelan women are attended than of local women.

The diagnosis is crystal clear: the exodus depends on the institutional drift of Nicolás Maduro’s regime and the hard economic crisis that hits Venezuela. That situation was precipitated at the beginning of 2017, with the annulment of the National Assembly, with an opposition majority, and the convocation of constituent elections. Therefore, Duque considers fundamental coordination with the other governments of the region to «to have a migration normalization program» and temporary residence permits. «The crisis is not going to stop until the originating cause is over, which is the dictatorship in Venezuela,» he emphasized, making it clear that the international community must stick to political and diplomatic pressure.