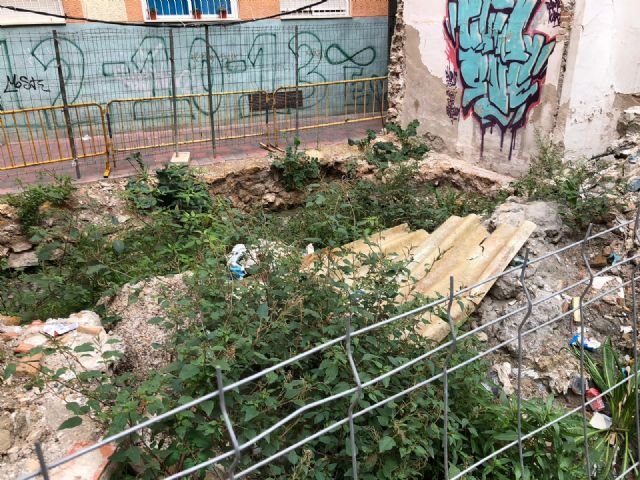 Enrique Ayuso shows his amazement that «any problem, deficiency or incident that occurs in the public road is not resolved immediately, especially when it is to risk having consequences for the neighbors»

The Municipal Socialist Group regrets that the government team, the PP, is not able to tackle a problem like that caused between the streets Hortelanos and Santa Ursula, «in the heart of Barrio del Carmen where the demolition of a building has left part of Zarandona irrigation canal open with the consequent risk to health, in addition to other consequences for residents of the area, «said Councilman Enrique Ayuso.

In this regard, he warned that this ditch has «in these deplorable conditions for many months and this has led to overflowing with the rains, the appearance of animals and that is a source of dirt, as it is poorly fenced and surrounded by debris.»

For this reason, Ayuso has shown his astonishment that «any problem, deficiency or incident that occurs in the public road is not immediately resolved, especially when it is to risk having consequences for the neighbors, because this ditch is surrounded of houses and of the school Jose Loustau «, and has added that» our City council is to solve with speed this type of misfortunes and not to allow that they are eternalized as if the government team waited for it to be solved alone «.

The Socialist councilor, who recalls that the PP announced an investigation in May, «that is also taking its time», has insisted on the need to solve this problem «because no Murcian or Murcia deserves to have a similar situation on their street and, in addition, we do not believe that it is so complicated to find the solution, especially when, according to the neighbors, eight months have elapsed since the ditch was exposed «.