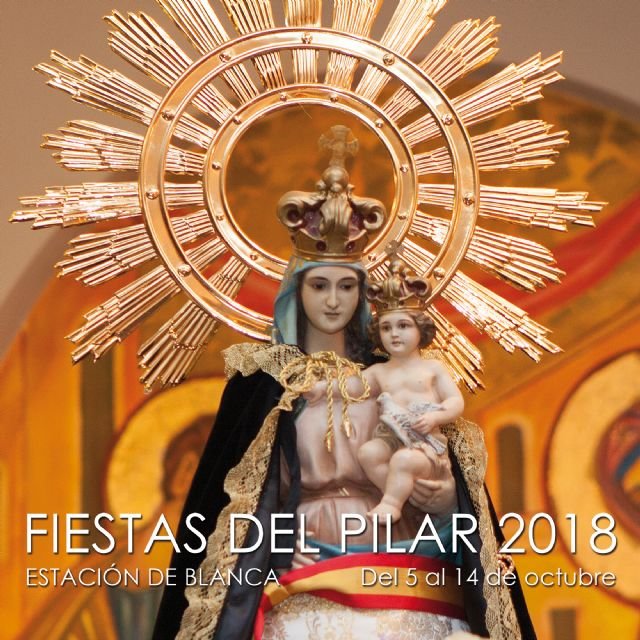 Blanca Station celebrates the Fiestas del Pilar from October 5 to 14. Among the scheduled events, highlights the realization, for the first time, of a cow enclosure per village on Saturday, October 6, which will have its exit on the Rellano road, in Casa Rincon, located around Kilometer 5 at 8 a.m. the morning, and will pass through the place Cañada Bazamba where a stop will be made at 10 o’clock in the morning. The confinement by trail will precede the already traditional Suelta de Reses scheduled for 12.30.

The festivities will begin on the 5th with the inauguration of the special lighting of Fiestas and the Gachasmigas contest in the Juan XXIII Park, at 9:30 p.m. In addition, the first weekend is celebrated one of the central events of these holidays as is the Romería, with the transfer of the Virgen del Pilar to the natural setting of the Fuente del Javé, located in the Sierra de la Pila.

The youngest of the white neighborhood will be able to enjoy the show of the Drilo Gang that will take its last show on the occasion of the celebration of its 15th anniversary, on Wednesday, October 10 at 7 pm, with free admission.

Among the other highlights of the festive week, Blanca Station will perform the Coronation of their queens and court of bridesmaids (day 11, 22 hours), Procession of the Virgen del Pilar (day 12, 8.30 pm), or the contest of paellas and the IX meeting of Giants and Bigheads (day 13, at 14 and 17 hours, respectively).

The parade of floats and comparsas, Sunday 14 at 5 pm, will end the festivities that are celebrated in honor of the Virgen del Pilar