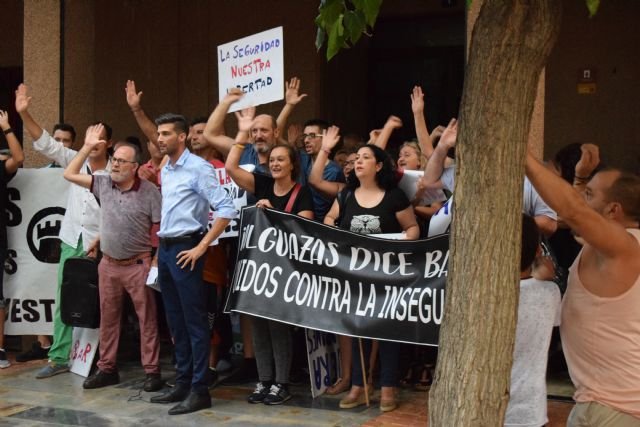 Hundreds of neighbors gathered before the doors of Alguazas Town Hall on Saturday to protest against the serious situation of insecurity that the municipality is experiencing and the lack of police officers in the municipality. The neighbors protested united, without political flags or signs of by means, against what is a problem «of all», to the cry of «the united people will never be defeated» or «we are not afraid».

Three neighbors of the municipality were in charge to read the Manifesto against the Insecurity in which it explains the serious situation that lives the municipality and proposals are collected. This manifesto was signed at the concentration by 307 people and will be registered before the City Council of Alguazas and before the Government Delegation so that the competent authorities in each matter can take action.

Not even the rain that stoked strong shortly after beginning the rally could prevent neighbors from gathering before the consistory, under a single flag that was the fight against insecurity that frightens the neighbors and does not let them sleep peacefully. All the attendees had the opportunity to take the megaphone and we highlighted what an affected woman said when she shouted loudly «we have gotten wet today, I hope the mayor and the politicians who have not come do so too».

From Unit X Alguazas the concentration was supported and their councilors and members came to support all the people who came out to protest. For the spokesperson of UxA, José Gabriel García Bernabé, «it was a great success and a very exciting moment to see so many people united, putting aside the differences and giving us the hand to fight, we have shown that Alguazas is above any political party.»

The protesters there missed the second protest to the competent politicians to make decisions and announced that «we will go out to the street as many times as necessary, as well as if we have to go to Murcia, this fight has just begun.» 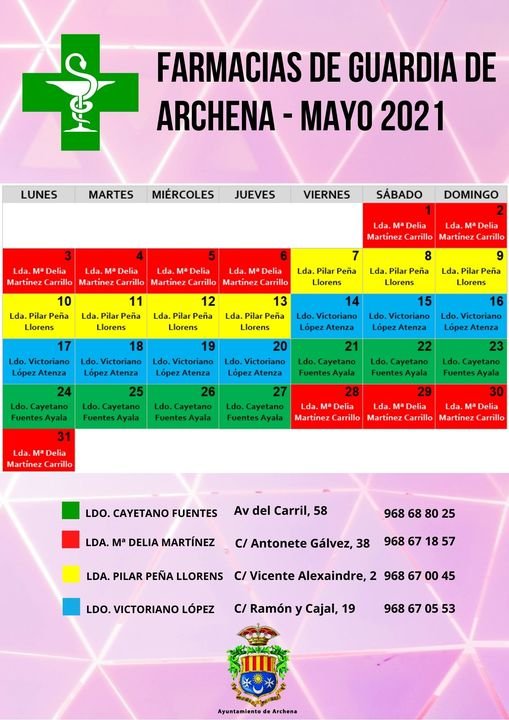