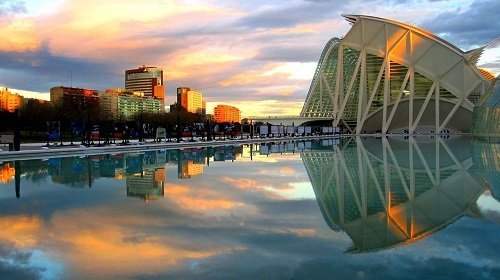 The Spanish architect Santiago Calatrava signs one of the proposed projects to remodel the Morandi bridge, in Genoa, after one of its sections collapsed in August causing the death of 43 people.

The architect’s designs are included in the project presented by the Italian company Cimolai, according to various Italian media. This company has been part of the construction of the new Panama Canal and has also made the roof of the Beijing stadium for the 2008 Olympic Games in China, among other works.

Along with the project of Calatrava, the Italian newspapers highlight the model made by the architect Renzo Piano as possible winners to carry out the remodeling of this bridge, key for the connections of the port of Genoa with Italy and the transalpine country with France. The latter is the project presented by a temporary joint venture between Fincantiere, Salini Impreigilio and Italferr.

«The proposals that have arrived for the viaduct are more than 10 and less than 20», said Tuesday Marco Bucci, mayor of Genoa and the extraordinary commissioner for the reconstruction of the Morandi bridge, who will have the last word on which company will carry out the reconstruction, according to the newspaper ‘La Repubblica’.

Bucci is part of a committee of experts who are currently examining the submitted projects. In addition, the mayor of Genoa will also decide which company will carry out the demolition, whose start date is scheduled for December 15.

The collapse of the bridge on August 14 left 43 deaths and cut the main artery of the city, delaying traffic to and from the port of Genoa.