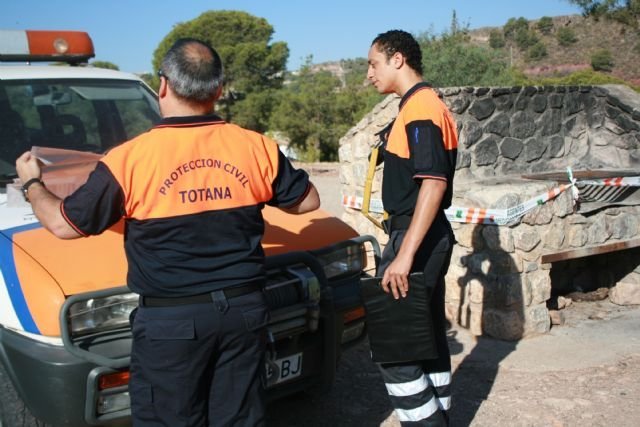 Civil Protection in Totana reminds that you can not make any kind of fire in the existing barbecues in the different places and recreational areas scattered throughout the Sierra Espuña natural park or use camping-gas in any space to cook in the forest until at least the October, by virtue of the measures included in the INFOMUR Plan.

In any case, the Autonomous Community, the competent body in this matter, is likely to be able to extend this period of time in response to the extreme weather conditions of drought, as reported by the same sources of Civil Protection in this municipality.

In this way, it is expressly forbidden to carry out fires in the areas set up during the rest of the year in the different areas around La Santa (El Grifo and El Ángel) and in the existing barbecues on the border with the municipality. from Alhama.

Civil Protection reiterates the collaboration of all users and visitors to the Sierra de Espuña in order to avoid unpleasant accidents on the natural environment, more in a summer of extreme drought like this one.

The fundamental objective of the Emergency Civil Protection Plan for Forest Fires in the Region of Murcia (Plan INFOMUR) is to establish the hierarchical and functional organization in order to protect people, property and the environment.

The scope of application of this Plan extends to the entire territory of the Autonomous Community of Murcia and consequently are integrated into it, the Municipal Emergency Plans for forest fires, such as Totana.
Información del Traductor de GoogleComunidadMóvilAcerca de GooglePrivacidad y condicionesAyudaDanos tu opinión