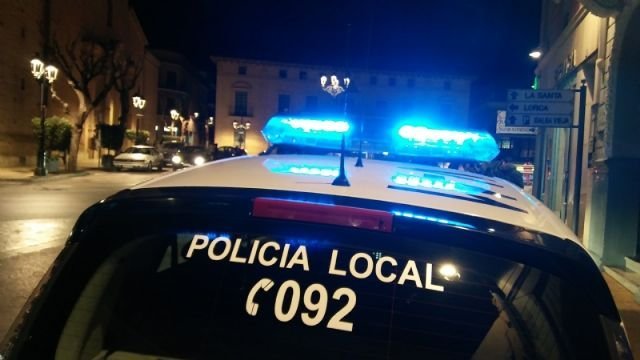 Source: Totana City Council
The Local Police of Totana arrested a man of Ghanaian nationality, on the night of last Tuesday, February 5, for allegedly assaulting, stealing and attempting to abuse a woman, according to sources from the Jefatura.

The events took place at dawn, after 1:50 hours, when the call was received from a woman requesting police presence because they had attacked and stolen 80 euros.

Person patrol in the required place, they proceeded to interview the alleged victim, 31 years of age, who reported that it was a co-worker, who had visited his home and after an argument, he had Assaulted, robbed and even held her against her will, also trying to force her sexually.

The woman had a strong blow to the face and was nervous, so she was later transferred to the Emergency Service of the Health Center to be treated, preparing the relevant part of injuries.

According to the story of the girl, the young man first hit her, then tried to force her sexually and finally held her against her will; and besides, he stole it. The victim managed to get away from his assailant, whom he identified, indicate the same police sources.

In view of the reported and indications observed, the agents appeared at the home of the suspect, two hours later, in the company of the complainant, who identified him.

It was a 29-year-old man from Ghana, M.O. who also was illegally in Spain. The individual was arrested on charges of injuries, robbery, illegal detention and attempted sexual assault.

After carrying out the corresponding proceedings, the detainee was placed at the disposal and custody of the Civil Guard of Totana. The suspect is charged with a crime of attempted sexual assault. Gender violence is not investigated because there is no existing relationship between victim and alleged aggressor, report the same sources of the Local Police Headquarters.