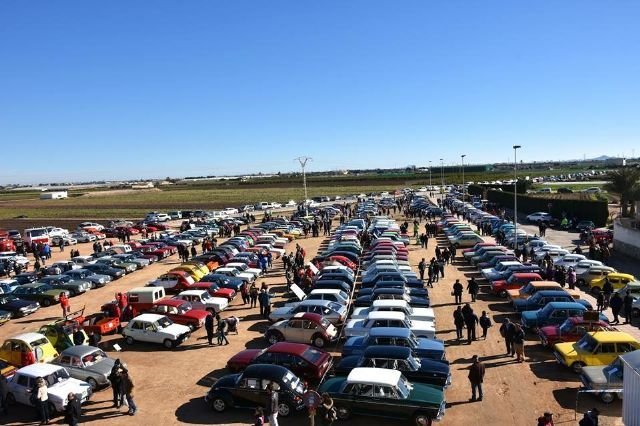 Source: Torre Pacheco City Council
The pachequera parish of Santa Rosalía began its Patron Saint Festivities in honor of San Antonio Abad, on January 10 and will continue until Sunday 27
Last Sunday, the traditional Classic Vehicle Concentration was held, in its seventh edition, in which more than 300 vehicles, cars, motorcycles, trucks and tractors participated, participated in this event, which brought together more than 2,000 people. In addition, Radio Torre Pacheco held a live program, with the «Remember us» team, an intense weekend that also featured a great caliche contest.

Next Sunday, January 20, will be your big day with the celebration of the traditional Huerta Mass in honor of San Antón in the Hermitage of Santa Rosalía, with the performance of the Choirs and Dances Virgen del Rosario de Torre Pacheco, followed by the blessing of animals and distribution of the «Rollicos de San Antón».

Contest chinitos, gastronomic encounters, bicycle tapes, children’s games, great magic show by «Abel Magia», among other acts, for the enjoyment of the whole family, complete the program of festivities in the town of Santa Rosalia, which has the 1st Santa Rosalía solidarity March, in favor of Prometheus (5k), which will close the Fiestas program on Sunday, January 27.