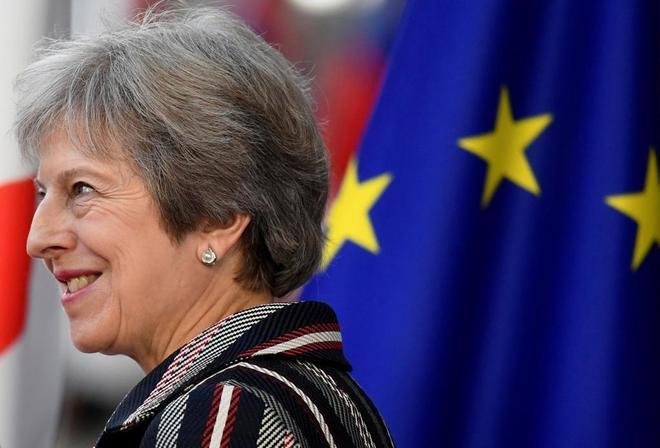 Theresa May has launched a «secret» plan to close the Brexit agreement and unblock the pitfall of the Irish border in two weeks, according to The Sunday Times. The premier would have achieved the commitment of Brussels to accept that the safeguard measure or «backstop», which guarantees the temporary stay in the customs union, applies to the whole United Kingdom and not exclusively to Northern Ireland. The principle of agreement – contained in a 50-page document – would be much more advanced than previously thought, would make substantial concessions to eurosceptics and go into detail about the Future Economic Partnership (EFF) between London and Brussels, following the guidelines of the Ceta agreement signed by the EU and Canada. Downing Street has described the details of the «secret» plan as «pure speculation», but all sources consulted by Tim Shipman (Brexit’s quintessential chronicler) point in that direction: May aims to reach a commitment to hold an extraordinary Brexit summit between November 15 and 22 and finally seal the agreement, which would be voted in the House of Commons in December. Before the imminence of a parliamentary vote, former premier Tony Blair has called on Labor MPs to torpedo «any agreement reached by May» and force the convening of a second referendum. More than 70 business leaders have joined the petition this weekend and will launch the Business for Peoples Vote campaign in the next few days, calling for a new referendum on the final agreement. Meanwhile, his strategy to warn «brexiteros» as the supporters of the permanence in their own party, that an opposition to their plan for the exit of the EU would pave the way to a «no agreement» with a serious economic impact on both sides of the English Channel. The premier aims to take advantage in the final stretch of the negotiation to the increasing pressure of the 27 to the EU chief negotiator, Michel Barnier, to accept a final compromise on the Irish question, the main obstacle that remains to be closed in the negotiation. To date, Barnier considered the application of the safeguard or «backstop» to Northern Ireland as an inalienable condition of the negotiation, to avoid the return to the hard border on the island. Despite initially reaching an agreement eleven months ago, May has backed off in recent months (in a maneuver described as «backstop to backstop») claiming that such a measure would endanger the territorial integrity of his country. In exchange, May has proposed the temporary extension of the «backstop» to the whole of the United Kingdom, with an «exit clause» that guarantees that London can leave the customs union at the time it deems appropriate. With that measure, the premier hopes to appease the resistance of the supporters of the «hard» Brexit in their own party, who had expressed their fear that the «backstop» was a trap to remain indefinitely with one foot out and another inside the EU. In another concession to brexiteros, the agreement would advance the guidelines of the «Future Economic Society» (FEP) following the model of the trade agreement reached by the EU and with Canada, with greater links in sectors such as financial services and consumer rights. citizens, although closing the doors to freedom of movement.