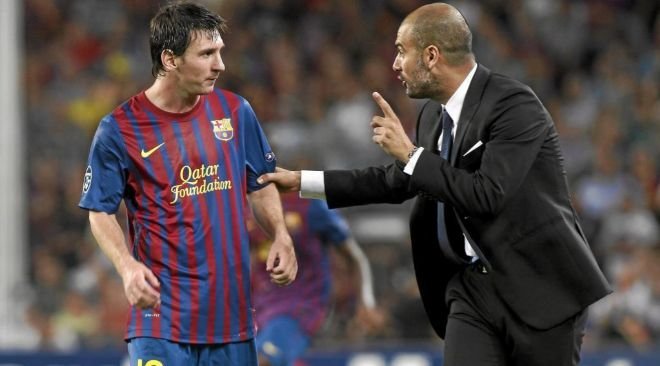 At the height of the Catalan political crisis, a year ago, Leo Messi valued the possibility of leaving Barcelona, ​​with an astronomical offer on the table moved by Manchester City. It was Guardiola’s hostile bid for the footballer with whom he reached the zenith of his career. The contacts were maintained by the City’s CEO and former Barça vice-president, Ferran Soriano, and the player’s father, Jorge Messi, to whom the English club offered a gross premium of 50 million euros if he convinced his son to leave the Camp. Nou. The City would pay the 250 million euros that were then listed as a clause for rescission of their contract and another 250 net to the Argentine in five years, 300 in total for the Messi. Added taxes, the City would have invested 755 million in the OPA by the Argentine, a figure only available to clubs injected by Arab capital. The information about the City’s alleged interest worsened before and after the 1-O, date of the controversial referendum in Catalonia. Guardiola said publicly that he had not called Messi and the City denied negotiations, despite the fact that its owner, Sheikh Mansour bin Zayed, spoke of an imminent record signing. EL MUNDO, however, has had access to the figures handled in the contacts maintained between December 2016 and November 2017, and to the offer transferred to Jorge Messi, of whom Barcelona was aware, who, in parallel, improved the conditions of its renovation offer in exchange for increasing its clause to 700 million. Finally, Messi reached an agreement to continue in the club azulgrana, in November of 2017, but did not sign it until December, limit to be free and to negotiate openly with other clubs. The Government had already intervened the Generalitat, through the application of Article 155, but the fears of the footballer and his environment by the sovereignty drift had not dissipated. The club, likewise, was subjected to strong pressures by the independence sectors. The 1-O, Messi was one of those who imposed in the dressing room of the Camp Nou that Barcelona played their league match against the contrary criterion of Piqué and Sergi Roberto. Anti-dependency clause Until then, the player had not seriously considered leaving Barcelona, ​​where his family is very comfortable, despite the disagreements with the board of Bartomeu, the sentence received for tax offenses and the so-called courtiers of powerful presidents, among them Florentino Pérez , received by his father. The lawsuit with the Treasury was one of the most uncomfortable situations for the player, while from his environment they recommended the possibility of getting away from these problems and access to a cushioned taxation in the Premier. Messi, likewise, did not like the initiatives the club took to defend him, such as the hastag #todosomosmessi, or to allude to his discomfort for statements by Pere Gratacós to justify the dismissal of the coach, then linked to institutional relations. The complaints were always transmitted to the club by the father, never personally by the player. The political crisis unleashed by the procés, however, led Messi not only to assess his departure, but to be safe from risks and impose that his renewal contract contained an anti-independence clause, which would be free if Catalonia separated of Spain and the azulgrana club did not dispute one of the four main European leagues. After the renovation, Messi went on to collect 35 million net per season, divided between his card and a signing bonus, until 2021, with the option for Barcelona to renew him for one more season under the same conditions. His freedom was valued at 700 million, compared to 300 that Barcelona had raised in the first draft of renewal. The interest of the City, as well as the aggressive operation for which the club lost Neymar, in exchange for 222 million paid by the PSG, were key in the change of criteria of the azulgrana entity. Messi increased his salary around 15 net million a year, but having gone to the City would have reported earning more than double. Even in the remote event that he had expected to be free, the City would have raised the amount to 60 million net per year, through a signing bonus of 100 million and, in that case, 40 annual records. An even more attractive proposal, although in an unlikely scenario. If Messi had accepted the English offer, Barcelona would have lost two of the three most sought-after players at the moment due to the aggressive operations of two clubs that are under the scrutiny of UEFA and professional competitions such as LaLiga, on the grounds that they undermine the financial balance of soccer and competition rules. Both depend on Arab capital, coming from Abu Dhabi in the case of the English club and Qatar in the case of French. Football leaders like the Spanish Ja