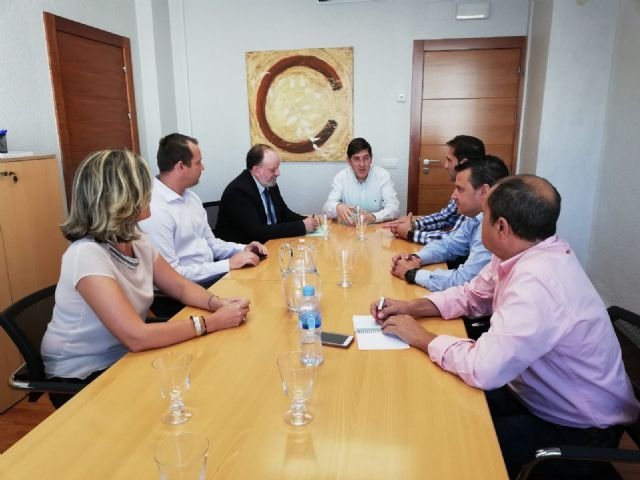 The Ministry of Health considers it necessary to continue in 2019 with the treatments to achieve the elimination of the black fly plague in the riverside municipalities of Segura.

Councilor Manuel Villegas announced to the municipal officials of Abarán, Archena, Blanca and Ceutí that «a budget line will be set up to help the municipalities in the fight against the presence of the black fly, through procedures that respect the environment through biolarvicides. »

In this regard, he also pointed out that «it is not a problem that is currently affecting public health, since no transmission of any disease by this insect in Spain has been detected, however, we have to meet the demand of the citizenship and the riverside town councils and be alert in this matter «.

Last year, Public Health started in Ojós the first pilot treatment against blackfly in the Region, by using bacilli (biolarvicides), avoiding the use of chemical pesticides, in order to be more respectful with the environment.

This test concluded successfully due to obtaining one hundred percent mortality of the larvae in several kilometers of the river, without affecting the fauna. This initiative counted with the collaboration of Heiko Kotter, German doctor world expert in this type of procedures.

During the performance, the Ministry of Health conducted a study of larval density in the river and identified the species, with the help of the Biomedical Research Center of La Rioja. The competition in the control of this type of plagues corresponds to the town councils and the Segura Hydrographic Confederation, depending on whether it is river areas or not.

The black fly has proliferated for some years in municipalities close to the course of the Segura river, generating discomfort for farmers and neighbors, as some species of this insect bite people and flutter in groups around the face.

This insect, which measures around six millimeters and its highest activity is recorded at dusk and dawn, appears between May and October, although in the Region it can remain for longer.

The species that sits in the Region prefers to feed on animals, and its presence is very annoying for outdoor activities.