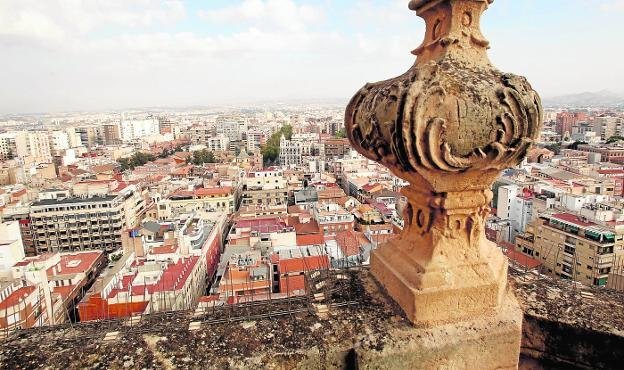 Source: The Truth
In Lorca, Archena and Beniel will pay less when the values ​​are lowered by 3%, in Cartagena they increase in the same proportion and in Murcia the revision varies according to the neighborhoods and districts
The IBI will not change this year, but because with the annulment of the General Urban Plan, many properties that became urban remain as rustic, with which the applicable tax is lower.

Changes every year
They also requested the update of their cadastral values ​​for this year the municipalities of Archena, Beniel, Totana, Villanueva del Río Segura and Lorca. In the latter there will be a reduction of these values ​​of 3%, and since the City Council has decided not to touch the type of the IBI, this will imply that the approximately 68,000 Lorca who pay this tax will pay less.

In fact and as a result, the Lorca councilor for Economy and Finance, Juan Francisco Martínez Carrasco, expects that the taxpayers of the municipality will save this year with the urban contribution about 600,000 euros.

In the same situation is Archena, where the IBI is frozen in 2019 and the cadastral update will mean a reduction of 3%. In the same percentage will vary the values ​​of the land registry of Beniel, and 7% will be the reduction that will be applied to those of Villanueva. In contrast, in Totana will rise 2%.

Every year, at the request of the local councils, there is a trickle of updates from the cadastre. In the Region, in 2018 took place in Abanilla, Águilas, Cieza, Bullas, Jumilla and Ojós, and in all of them values ​​were reduced. Others make partial updates, but all with the objective of progressively approaching 50% of the market value, which is the level foreseen for the cadastral values ​​of the properties.

The increase or decrease in the cadastral value depends on the updating coefficient that the central government approved in the Council of Ministers on December 28, which is calculated based on the last year in which the revision of the current values ​​took place.

The municipalities that have reviewed their cadastre for the longest time, for example in the eighties, nineties or the beginning of the current century, have positive coefficients of update applied to them. While those with values ​​dating back to the years of the real estate boom are subject to negative coefficients, since since then, and due to the recent crisis, they have suffered a devaluation.

Murcia is one of the provinces least affected by the ‘catastrozo’
The increase in the cadastral values ​​will occur in 2019 in a total of 728 municipalities throughout Spain, a controversial measure in the election year if it is not accompanied by a reduction in the IBI, while the decrease in values ​​will be applied in other 449 locations. In total, there were 1,177 municipalities that requested an update to the Ministry of Finance, of which six in the Region (Archena, Beniel, Cartagena, Lorca, Totana and Villanueva).

Murcia, with only two municipalities in which the cadastral values ​​will rise, is one of the Spanish provinces least affected by these modifications. Ávila, with 72 towns with increases in the cadastre, Huesca (69), Segovia (62) and Teruel (52) are the most affected provinces. While in other provinces, such as Badajoz or Ciudad Real, there is no municipality affected.

The 449 municipalities that last updated the cadastre between 2005 and 2013, in full real estate bubble, will now see the value of real estate reduced.