The duplication of chromosome 18 and its location in the dog’s DNA are the reasons that explain the existence of the blue color in dogs, especially in the race of Siberian husky. 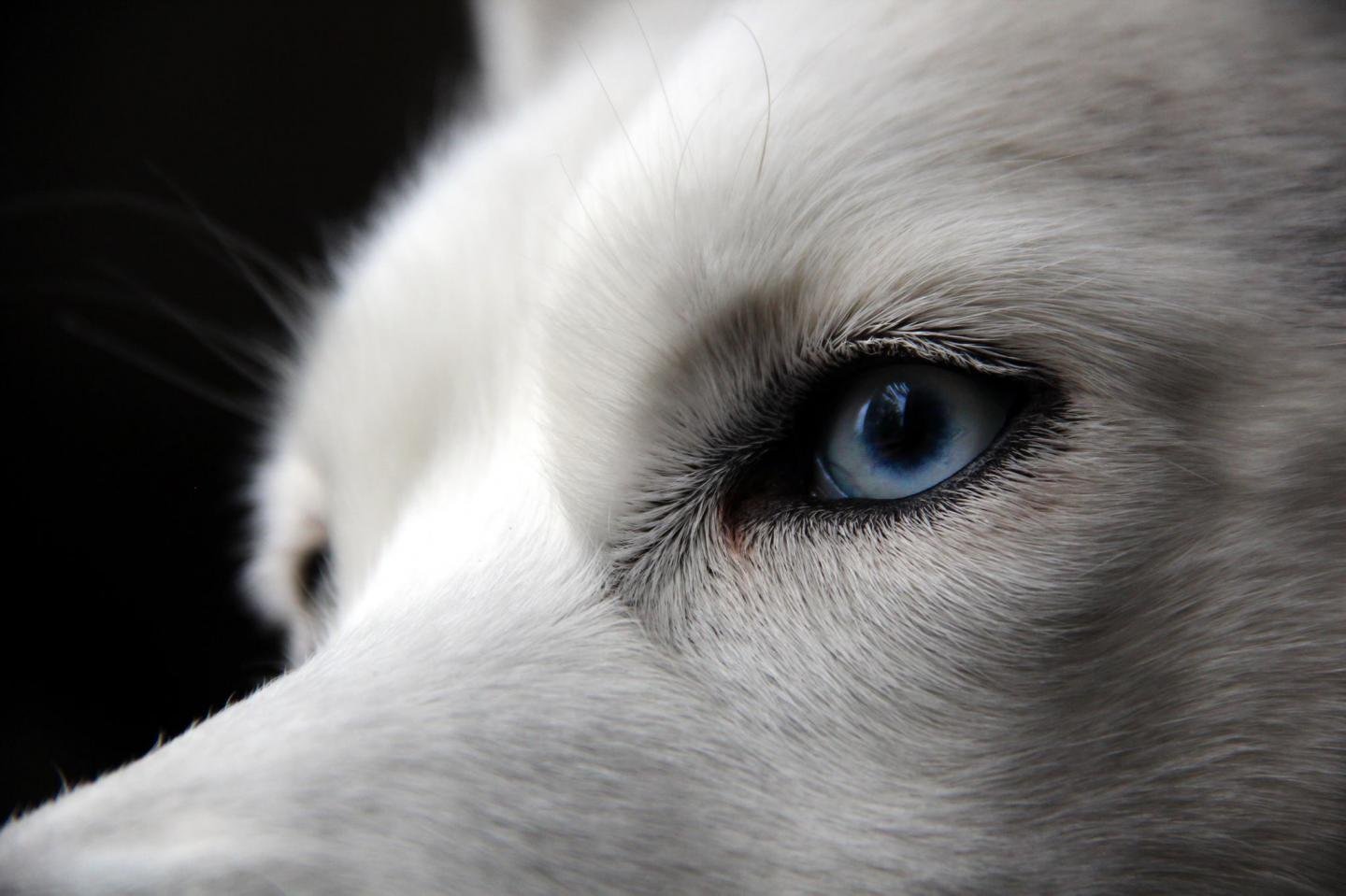 The first contact we have with a person are his eyes. They can call us more attention or less, but when their color is clear we tend not to lose sight of them. The majority of Spaniards have brown eyes, so when we see someone with blue eyes he captures us at the moment. The first manifestation of the blue color in the human being was in the Europeans. Its «appearance» may have been supported by sexual selection due to an aesthetic preference for rare phenotypic variants. A decision that acted on OCA2, a protein that controls the transport of melanin inside the iris, causing a reduced synthesis of it. In short, that sexual selection is likely to be the cause of the appearance of blue in the eyes. However, this feature does not only appear in people. There are animals that also have the ability to hypnotize with their eyes. As soon as the dog breed of the Siberian Husky is named, it is inevitable to think of its white fur and light blue eyes, a feature not so common in other breeds as Border Collie or the Welsh Corgi. To date, the scientists believed that the feature that causes this color in the eyes is the same as that of the patched coat, due to the premelanosa protein, which can give one or two blue eyes when the unimpegmented regions exist. This was the cause that explained the existence of blue in the dog eyes until now, but an investigation carried out in the USA has found another way to explain this characteristic feature. First steps Year: 2016. Place: Laboratories Embark Inc. Scientists Adam Broyke and Aaron Sams, together with his team, create the first DNA test for dogs in research grade. With this, they manage to collect complete traits, canine health data and ancestry results. But it was not any test or obtained traditionally in the consultations. In this case, the internet and a database were the key: «Thousands of customers, gladly, supplemented online surveys so that scientists had the opportunity to discover new genetic associations in dogs,» explains Adam Broyke, one of Those responsible for the study published in PLOS Genetics recently. These researchers came to collect information on more than 6,000 dogs through surveys and thanks to the publication of photos. Of these, about 3,000 served as an object of study for these biologists. His work has managed to position itself as the first consumer genomics study conducted in a non-human model: a blue-eye study based on thousands of dogs.

These huskies present heterecronomy, an anomaly that causes a blue eye and a brown one JAIME LESZCAK
«The examination of 3,000 dogs from the database has brought to light the existence of a duplication of chromosome 18,» explains Boyke. In their search for the origin of duplication, these scientists relied, initially, on dose theory: «To date, the most familiar examples of duplications that affect the phenotype are those related to doses. or more duplication events increase the number of copies of the gene and, therefore, the amount of translated protein product available for cell function, «they state in the study. Chromosome 18 as the protagonist Dogs have a total of 39 pairs of chromosomes and their location is determining to explain why they are as they are, an important factor in the duplication of the chromosome and, therefore, in the existence of blue eyes. On chromosome 18 there are two of the decisive elements for this character: the CD82 gene and the ALX4. The first is not associated with the eye color determining function, but ALX4 does. «This gene is strongly associated with the variation of blue color, mainly in Siberian huskies,» explains Boyke. With all the genetic information collected and studied, the researchers gave the following explanation to the subject: «We propose that this large duplication in a regulatory region could cause blue eyes by increasing expression of the ALX4 gene, leading to a reduction of melanin in the iris, «explains Boyke. «The high proportion of this trait in our analyzes (53% of blue-eyed dogs) suggests that duplication, if causal, is dominant in its effect on DNA,» the scientists argue in the study. However, in the remaining 47% of dogs the duplication does not dominate and, therefore, the brown color comes into play. From one investigation to anotherThe genomic duplication as justification of the blue color in the eyes has only been able to validate, to date, in canine cases: «It would be