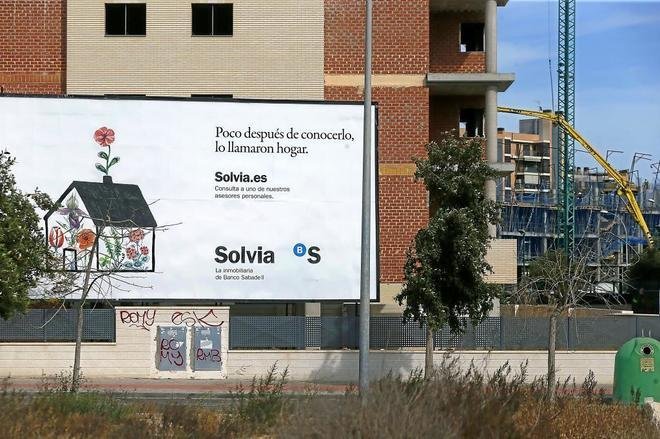 Banco Sabadell continues with its particular brick exit operation. Now the turn has corresponded to Solvia, the real estate company of the group and which is based in Alicante, where the vast majority of its 700 employees work. The bank has agreed to sell 80% of the company’s capital to the multinational Lindorff Holding Spain, which operates under the Intrum brand, in an operation that values ​​the real estate subsidiary at around 300 million euros, reports Efe. The Sabadell obtained a capital gain of about 138 million euros, as reported yesterday to the National Securities Market Commission (CNMV).

The move is part of the bank’s strategy, aimed at divesting itself of all its real estate assets – something that the entire financial system is doing – due to pressure from the European Central Bank (ECB), which claims the lowest possible presence of real estate assets in the balances to avoid consequences such as those recorded during the financial crisis.

For this reason, during the month of July it also disposed of most of its real estate portfolio (from CAM assets), valued at around 9,100 million and acquired by the Cerberus fund.

The context
Sabadell, unlike other entities, had resisted the sale of its real estate arm. Most of the big banks had already sold their platforms; others have even repurchased their former real estate. And now it has been the Sabadell that has moved card, which has allowed him to obtain a better price than his rivals for the improvement of the economic and real estate situation.

Solvia is in charge of the management of the real estate assets of Sabadell, as well as the promotion and development of them (came to have under its management assets valued at 21,000 million euros). These came mostly from Caja Mediterráneo, an entity that was absorbed by Sabadell in December 2011. Solvia recorded a profit of 29.5 million euros in 2017. In 2016, the positive result was 24 million and it sold assets for 1,557 million euros.

Although Solvia has been valued at 300 million euros, the price corresponding to 80% of the stake that has been sold may be increased by a maximum amount of 40 million euros if the expected conditions are met. These conditions are related to the evolution of certain lines of business of the real estate. Sabadell will keep 20% of Solvia’s shares, while the operation will have a positive impact of 15 basis points on the main capital ratio of the entity.

Intrum, which is the brand that brings together four companies, including Lindorff, is dedicated to the management of credit and assets. The Swedish Lindorff group has already purchased the debt management and recovery business from unpaid debts to Sababdell for 162 million euros in 2014.

According to Intrum in a press release, the agreement with Sabadell aims to «strengthen the real estate services business unit» with the aim of becoming «one of the main players in the Spanish market, while strengthening our relationship with Sabadell,» who we collaborate since 2014 », according to Alejandro Zurbano, regional general director of Intrum in Iberia & Latin America. The president and CEO of Intrum, Mikael Ericson, also stressed that the purchase of Solvia «is another step in the development of our activity in Spain, as well as an opportunity for global growth of the company, providing us with a solid platform in the market of management of real estate assets ».