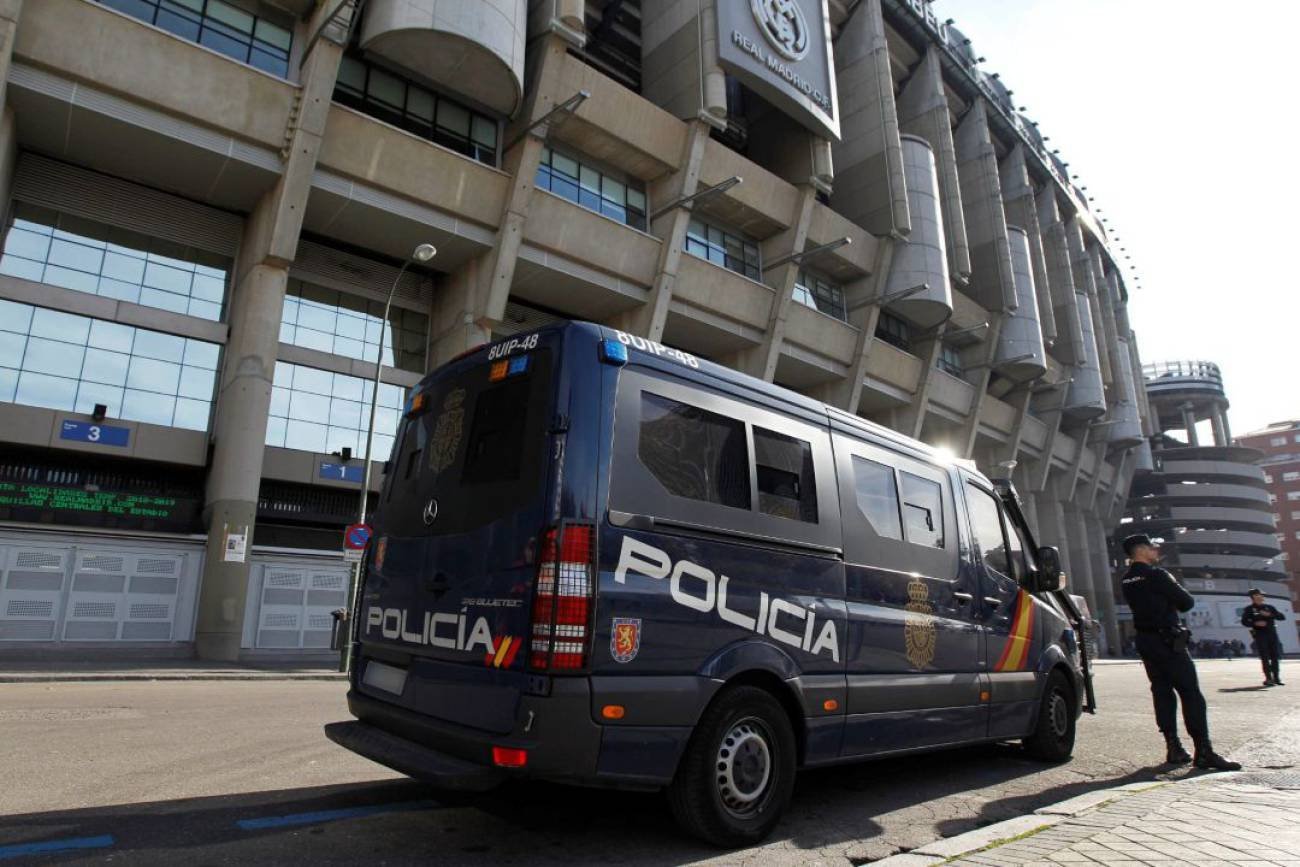 As detailed on Friday the Government delegate in Madrid, José Manuel Rodríguez Uribes, of which 2,054 will be national police, half arrived from outside the region, 150 municipal police for security tasks, 1,700 security guards of Real Madrid and 70 troops of Samur and 80 of the Red Cross, as well as Civil Protection personnel, and of the Spanish Football Federation, among others.

From the amount of national police officers, agents of the Police Intervention Units, better known as riot police, Prevention and Reaction Units, Canine Guides, Subsoil, radio patrol, helicopters and members of the National Sports Office will participate. A Permanent Coordination Center (CECOR) will be established in the Police Headquarters, which will be operational all day, and another in the Madrid stadium.

Likewise, the so-called ‘Fan zone’ has been enabled for fans of both teams. These are spacious spaces where tents, relaxation areas, workshops, activities and diverse attractions are located. The Madrid City Council has determined the installation of these areas in two spaces located, in the case of River Plate in the north of the Paseo de la Castellana, between Plaza de Castilla and Plaza de Cuzco and in the case of Boca Juniors in the southern area of ​​Paseo de la Castellana next to the headquarters of the Ministry of Development and the Plaza de San Juan de la Cruz.

As on other occasions, controls will be installed in the accesses to these areas in order to avoid the introduction of sharp elements, glass and other objects in these points of concentration of followers, to avoid problems of public order.

Traffic cuts
The mobility and security device to protect the meeting between Boca Juniors and River Plate, which will take place at 8:30 p.m., includes the traffic of La Castellana between 9 a.m. and 4.30 p.m. between Plaza de Castilla and Cuzco, with the exception of from the lateral direction to the south, and in the section between San Juan de la Cruz square and Raimudo Fernández Villaverde, with the exception of the lateral north direction.

From three o’clock in the afternoon the Castellana will be cut between Joaquín Costa and Professor Waksman and only the south side will remain open.

recommendations
In order to avoid unnecessary agglomerations, the Government Delegation advises to go to the stadium in time, not forgetting in DNI, NIE or passport in order, follow the indications in the access controls. Also that fans go on public transport to access the stadium and its surroundings and fans are asked to enjoy the game and respect everyone.

Rodríguez Uribes reminded fans that the Sports Law prohibits the introduction into the interior of any sports venue of alcoholic beverages, weapons and instruments susceptible to being used as such, flares, fireworks or similar objects. The introduction and display of banners, intonation of chants, symbols, emblems or legends that imply incitement to violence, terrorism, racism, xenophobia or intolerance in sport is also prohibited.

It also prohibits access to all those spectators who carry alcoholic beverages, narcotics, psychotropic, stimulants or similar substances or are under its effects. The introduction into the sports facilities of beverages, containers or other articles of metal, glass, ceramics, wood or similar materials exceeding in volume / weight more than 500 ml / mg.

Likewise, it is forbidden to introduce bulky objects, trolleys or other objects that could constitute an obstacle in case of evacuation. «We have a very demanding Law of Sport, fortunately, that combats violence and the apology of violence, and beyond the particularities, not  it stops being a game more of something risk «, has concluded Rodríguez Uribes.