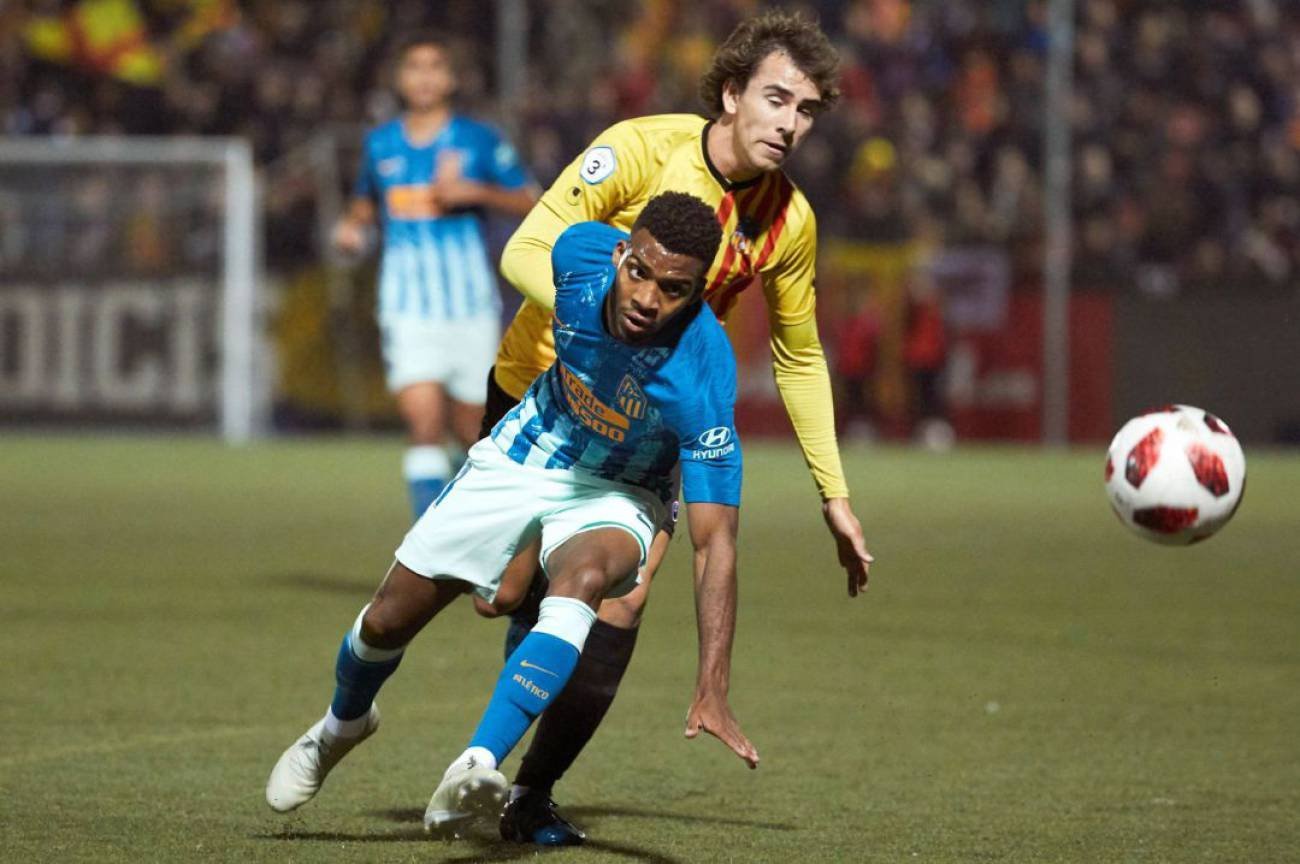 Atlético Madrid end up suffering to win Sant Andreu at home. The locals grew up in the last section of the match and seeing that the rojiblancos were not sentenced, they ended up putting on the ropes the team of Simeone, who suffered to take the 0-1 from Barcelona.

The players who had fewer minutes in this start of the season (Arias, Vitolo or Kalinic) did not show their faces and those in yellow, despite being a third team, showed Atleti that they have been a very worthy opponent and they expect give the surprise in the Metropolitan Wanda.

Cholo Simeone did not want to go to Barcelona to be exhibited and wanted to leave the semi-final tie sentenced to face the Wanda match in another way. The rojiblancos came out with an eleven guarantees to play a Primera match, with very recognizable faces like Kalinic, Vitolo, Lemar, Gelson Martins, Rodri, Thomas, Juanfran … Some had not counted on too many minutes so far and it was a good opportunity to vindicate himself, and Gelson knew it and wanted to take advantage of that opportunity.

One of the last signings of Atlético Madrid began with the spark that could miss the rest. As they say, improving each ball that came to him. In fact, he was the first to try José Segovia. The Luso cut several times to David Lopez on the right to end up getting into the area and shoot the short stick for satin.

The Atleti began with intensity, but without too much verticality. The difference between both teams was obvious and Sant Andreu could barely hold the ball for a few seconds while the red and white players came to the area without looking too hard. Lemar had the next big chance with a shot from the front. The ball took effect, but Segovia went down quickly and safely.

The Atleti seemed confident and began to have small inaccuracies that wanted to take advantage of the premises. A hand from Vitolo gave the yellow ones his first shot. The ball went high, but it was enough to warn the fans that any action was an excuse to cheer their team on and on.

Sant Andreu was posing a really tough game to the team led today by the ‘Mono’ Burgos; however, their efforts were not enough to avoid the Atleti goal. The rojiblancos combined perfectly to the first touch, which ended with Vitolo filtering a pass from the front to Gelson, who beat the defenders and beat Segovia by low, putting the 0-1.

The goal was dedicated to Simeone, saying something like, «You can count on me and I want to be important».

The Atleti continued looking for tickles to the defense of Sant Andreu, arriving with centers and plays from the wings. One of the controversies of the game occurred in the minute 38 when Santiago Arias fell in the area. Gil Manzano did not consider that the contact with the central was enough to indicate maximum penalty.

The second part began with the same protagonists of the first. Despite the fact that Atleti wanted to capture their superiority, they did not find the fissures in the system proposed by Mikel Azparren.

Until then, Vitolo had not had much influence in the game and had it to mark his golito and in some way vindicate himself in the same way that Gelson was doing, but the canary could not control well and squandered a clear hand to hand against the local goalkeeper.

Those players who were not counting so much for Simeone did not breast-feed and were pretty much gone, more than what was expected of them against a Third team in their Copa debut. Arias went from more to less and Kalinic did not finish with 15 You pass the match, wasting up to two good chances to leave the locals sentenced.

The visitors did not impose their quality and the Sant Andreu was coming up to the point that wanted to give him a game end to remember his fans, putting on the ropes to a whole team of Champions.

23:27 – Oct 30 2018
405
144 people are talking about this
Information and privacy of Twitter Ads
In the final minutes, the Catalans had up to three chances to score a goal that would give them a more than deserved draw. Elhadji had it in 85 with a good maneuver in two touches, turning around and blowing Adam to salt on the 1-1. Already in the discount, a dead ball in the mattress area almost cost the displeasure and Jaume brushed the stick, while part of the Narcís Sala by the optical effect sang the goal. As he said in the post-Oscar Óscar Muñoz, that «they have lost time in the end it says it all. » Thus, the Atleti with a single goal in the visiting field will have to do homework, while a brave Sant Andreu will look for the heroic and play as they have finished today’s game, giving the great surprise in the return in the Wanda Metropolitan.